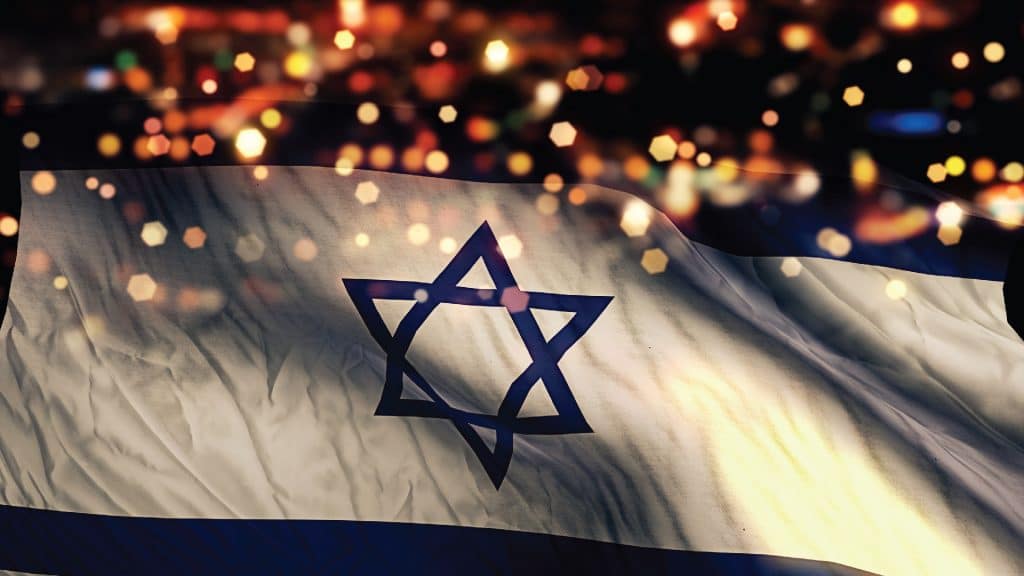 Been back from Israel one week tomorrow midnight. I just woke up from an afternoon nap (Even though I’m sleeping nights, I still get a little sleepy in the afternoon.)

I went to the computer to check the Jerusalem Post and I read something that brought back memories-and fortified how different this administration is toward Israel than those of the past, republicans included.

There is one issue that will bring blessings or cursings upon this, or any other nation, and that is how we treat Israel.

I debated with myself as to whether or not I could get this over to you in a blog, but here goes.

The following is what I just read in the JP:

GREENBLATT: SETTLEMENTS NOT REASON FOR LACK OF PEACE

Blaming the settlements for the lack of an Israeli-Palestinian agreement is a “farce,” US Mideast negotiator Jason Greenblatt said on Monday in New York.

Greenblatt’s comments came two weeks after US Ambassador David Friedman said in a New York Times interview that Israel had the “right to retain” some of the West Bank. On Sunday, at the Jerusalem Post Conference, Greenblatt said he supported Friedman’s remarks.

“The lack of peace has nothing to do with the existence of settlements, no matter what people say day in and day out,” Greenblatt said at a discussion in Manhattan with New York Times columnists Bret Stephens and Shmuley Boteach, at Boteach’s World Values Network.

During the conversation, Greenblatt provided some insight into how the Trump administration views the upcoming “economic workshop” it will convene in Manama, Bahrain, next Tuesday and Wednesday. Prime Minister Benjamin Netanyahu on Tuesday called the meeting “important,” and something Israel welcomes.

Get a cup of coffee, a cup of tea, or a lemonade and prepare to go back a few years to President George Walker Bush’s administration as you read an article I wrote years ago. (Hope this blog doesn’t end up as long as a mini-book. But I think it is important to keep in mind how vital it is to have an administration that supports Israel biblically. And how it is of utmost importance to pray “first of all“ for our leaders as the Bible instructs (1 Timothy 2:1).

Now for the article:

An East Wind
by
Billye Brim

…Earlier that Sunday morning (April 17, 2005), just after I knew the Lord wanted to speak to me out of Psalm 48, I turned to that Psalm in the Hebrew/English ArtScrolls Tehillim1. There I learned that Psalms 46, 47, and 48 are a prophetic trilogy.

The first, Psalm 46, is prophetic of the last war of this age described in Zechariah 12 and 14 when antichrist forces will surround Jerusalem. Some words from the Psalm as translated in the ArtScrolls Tehillim are especially enlightening of those future times:

God is for us refuge and strength,

a very accessible help in distress,

So we shall not be afraid at earth’s transformation,

and at mountains’ collapse in the heart of the sea…

The river—its streams will gladden

the City of God,

sanctified dwelling place of the Most High.

God is within it, it shall not falter,

God will help it at the break of dawn.

He (the LORD) makes cessation of wars

to the ends of the earth,…

Desist! Know that I am God,

I shall be exalted among the nations,

exalted upon the earth.

The ArtScrolls introductory commentary to the second Psalm in the trilogy, Psalm 47, reads, “This Psalm is a sequel to the preceding one which describes the defeat of all the nations who unite against God and his Chosen People (Radak).
After the earth returns to order and tranquility, the nations will recognize God’s universal mastery and will seek His presence in Jerusalem.”

In Psalm 47 as translated by ArtScrolls we can really see the prophetic future as earth goes into the Millennium:

All you nations, join hands!

Call out to God with a cry of joy.

For HASHEM (the LORD) is Most High, awesome,

a great king over all of the earth…

God ascended with the blast,

HASHEM, with the sound of the shofar,

For God is King of all the earth,

God reigns over the peoples,

God sits upon His holy throne,

The nobles of the nations gathered,

the nation of the God of Abraham,

For God’s are the shields of the earth

He is exceedingly exalted.

The ArtScrolls commentary before Psalm 48 reads, “The previous Psalm describes the defeat of all the nations hostile to God, which will take place in Messianic times. It concludes with a call to all who were faithful to God to gather together in the Holy Land and in the chosen city of Jerusalem. Here the Psalmist describes the future glory of this city….”

Of course Psalm 48 begins with these words which we used to sing as a chorus.

Great is the LORD,

and greatly to be praised

in the city of our God,

in the mountain of His holiness.

the Joy of the whole earth,

on the sides of the north,

the city of the Great King.

But then Psalm 48 describes again the defeat of earth’s kings and God’s and Israel’s enemies.

For behold the kings assembled,

They saw and were forthwith astounded,

they were terrified and fled in haste.

Trembling gripped them there,

With an east wind

You smashed the ships of Tarshish.

As I studied these Psalms that Sunday morning, I saw something I did not know which ties in with the judgments I’ve been studying. It was the ArtScrolls commentary on verse 8:

“With an east wind. This is the wind which is reserved for God’s punishments, as seen during the destruction of the Egyptians at the Sea. And God swept the sea with a strong eastern wind (Exodus 14:21) and during the downfall of Tyre: The eastern wind smashed you in the midst of the seas (Ezekiel 27:26) (Rashi).”

Evidently in the last war of this age “the ships of Tarshish” will attempt to invade Israel from the west, the Mediterranean Sea. God then, will send a wind from the east and smash those ships.

Immediately I recognized that here is the biblical support for what I had known was a wind of judgment.

In 1991, I was impressed by the Lord to spend the first part of the year in Israel, where I was to watch something.

On November 9, 1989, God had pushed down the Berlin Wall.
This event symbolized to the world the end of the Cold War.
But the date God chose for the fall of the wall symbolized much more.
The Wall fell on the 51st anniversary of Hitler’s Krystallnacht, the night of the broken glass. “On the nights of November 9 and 10, 1938 rampaging mobs throughout Germany and…Austria…and Sudetenland…attacked Jews in the street, in their homes and at their places of work and worship. At least 96 Jews were killed and hundreds more injured, from 1000 to 2000 synagogues were burned, almost 7500 Jewish business destroyed…30,000 Jews arrested and sent to concentration camps.”

The Berlin Wall fell on another significant date in the annals of Communism. The Lenin-led Bolshevik Revolution is known as “the October Revolution.” By the Julian calendar in use in Russia at that time it began October 25, 1917. But by the current Gregorian calendar it began on November 6, 1917. Then on November 8, Lenin announced the new Bolshevik Government.

The world should have seen the Hand of God in the date of the Berlin Wall’s fall. But it did not. World leaders crediting themselves envisioned a Democratic Utopia soon to appear and with it the answer to the world’s problems.
Israel in 1991 experienced the prophetic coming home from the North of Russian Jews (Jeremiah 16:14; 23:5-8; 31:8). This joyous return entailed housing and training hundreds of thousands of Jews now freed from the USSR. Loans were obtained from world banks. But the banks demanded that the United States guarantee the loans.

U.S. Secretary of State James Baker called the West Bank Settlements “the greatest threat to world peace” in a shuttle diplomacy aimed at bringing Israel and the Middle East into the new world order. Using the loan guarantees as a lever the State Department forced Israel to sit at the Madrid Peace Conference with hostile nations with a foot in Israel’s back to make territorial concessions—land for peace. (See Joel 3:1-3). Thus began a terrible path through the Oslo Accords and now the Road to Peace.

Later I watched as the world news reported devastating storms which occurred in the U.S. exactly on the dates the Madrid conference began. Here are some news items from the U.S.A. Today:

USA Today, October 31, 1991
PEACE IN THE MIDDLE EAST
MADRID, Spain
President Bush, in opening the talks Wednesday…did not mention “land for peace,” a phrase which rankles Israel. But he did cite U.N. resolutions 242 and 338, which the Arabs believe call on Israel to trade land for peace…he did talk of territorial compromise….

USA Today, November 1, 1991
MAINE SHORE BATTERED…President Bush’s compound in Kennebunkport, Maine…(hit) by 28-foot waves. The Bushes will survey the damage Saturday…an extra-tropical storm…lashed the coast…On Tuesday, the system sucked up what was left of Hurricane Grace and raced toward the coast…the storm is rare because it formed out at sea and then traveled about 1000 miles in a westerly direction. “That’s very unusual because storms in the Northern Hemisphere travel from west to east,” Barnes says. “It was quite far north and traveled from east to west.”

I had seen part of this before and included it in my tape, “Why Bush Lost the Election.” But it was not until that April Sunday morning that I saw biblically that wind, and specifically an east wind can be judgment.

In the ministry of “a witness” which the Lord called me to, I have been watching a long time. I hope you can see how wonderful it is to have an administration that is blessing Israel biblically.

Former Presidents Clinton and George Bush II probably thought they were blessing Israel in some of their policies aimed at bringing peace as an absence of war. However, those policies were based on dividing Israel. I don’t know where the upcoming so-called peace plan will go, but I do know this administration sees some things so much clearer than others.

And pray for the Leaders of Israel, the USA, and allies to have God’s will and wisdom in handling the matter.