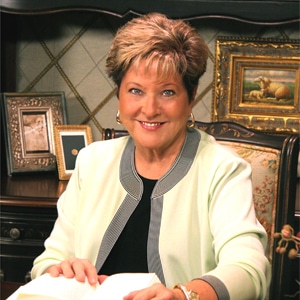 Billye Brim’s Christian heritage is rich. She sensed the call of God in early childhood. However, it was only after an encounter with the Holy Spirit in 1967, that she as a young wife and mother of four began to follow Him to walk out her call. For almost ten years she served as Editor of Publications for Kenneth E. Hagin Ministries where she also taught at Rhema Bible Training Center.

Immediately after ordination in 1980 she traveled to Soviet Russia in what proved to be ongoing ministry there. Since then she has literally ministered around the world several times over.

Kent and Billye Brim with Lee and Jan Morgans founded a local church in Collinsville, Oklahoma. A Glorious Church Fellowship is the foundation of Billye Brim Ministries and Prayer Mountain in the Ozarks in Branson, Missouri, and the soon-to-be-built Migdal Arbel Prayer and Study Center in Israel.

When Kent passed away in 1986, Billye was led to “study Hebrew in the Land.” Studying at Ulpan Akiva in Israel led to the unique Seminar Tours she has guided in the Land from 1986 to now. It also provided a pattern for the Prayer and Study Center in Israel.

“Helping Pray-ers” is a God-given directive in her life. One place this happens is at Prayer Mountain in the Ozarks near Branson, Missouri. On 200 plus acres log cabins provide places for individual prayer, or small prayer groups. Corporate prayer meetings are held twice a week in the chapel.

On Wednesdays at 12 Noon Central Time, the meeting is streamed live. Pray-ers (who have named themselves World-Wide Pray-ers) join in united prayer via thousands of computers in more than 60 nations. This prayer is focused primarily on an Awakening to God. For in a corporate prayer meeting in June 2008, Billye Brim and the pray-ers were impressed with these words: One thing will save America…an Awakening to God. One thing will avail for Israel and the nations, An Awakening to God. Several thousand pray-ers from around the world gather in Branson for an Autumn Assembly of Prayer she hosts.

Billye Brim is blessed to work with others across the Body of Christ. She strongly believes in walking out what Scripture teaches that we are one Body, with one Head, one Spirit, one Lord….

First Corinthians 10:32 is foundational in Billye Brim’s ministry. The “good works that He has ordained that she should walk in” involve activity among the Jews, the Nations, and the Church—all to the Glory of God. 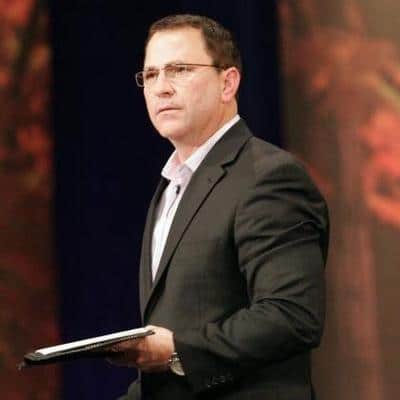 This confirmed the call to the ministry in 1986 at his father’s funeral, by a prophetic word from the Lord through Kenneth E. Hagin, who was conducting the service.

Craving God diligently after answering the “call to preach,” the Lord gave Chip a supernatural experience with a message from heaven about why believers are not receiving the answers to their prayers.

When Chip preaches this message (and other messages that the Lord gave him for the Last Days), the Lord confirms His Word with salvations, healings, deliverances, miracles, and visions.

Chip Brim was a highly successful coach in baseball at every level from high school to professional teams for 13 years. With ten championship baseball teams and an exceptional number of credits and awards, Chip uses the same principles God taught him about training champion teams with a supernatural anointing to build Champions for Christ in the Church.

Dedicated Christian parents, Chip and Candace Brim, and their children, Taylor and Kaleb, make their home in Missouri. Champions 4 Christ is an outreach ministry of Prayer Mountain in the Ozarks, where they assist Chip’s mother, well-known minister and author Billye Brim. 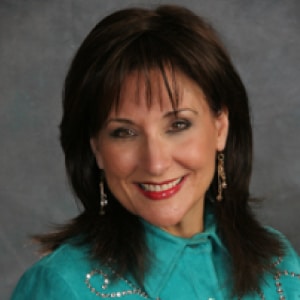 At a young age, Shelli Brim began to sense a calling on her life, and later the mandate would come to teach others how to experience the glory of God in their daily lives, their families, and churches.

Through the ministry of exhortation and the gift of song that has been entrusted to her, Shelli has been able to inspire men and women, young and old alike to draw nearer to the Lord in their daily pursuits. In her teachings, she relates the importance of maintaining an atmosphere of peace in the home —even in the midst of a whirlwind—and cultivation of a healthy, blissful, and God-centered marriage.

Shelli encourages people to enter into heartfelt worship and it is in her heart to bring the love of God to the people of every nation and to show His children how they may truly experience “days of heaven upon this earth.”

Shelli is the daughter of Dr. Billye Brim, who is the founder of Prayer Mountain in the Ozarks. Together, they repeatedly minister in Israel and Europe on Bible prophecy. Shelli, a dynamic, anointed minister and graduate of Rhema Bible Training Center is also a psalmist who ministers with the joy of the Lord.

Shelli’s testimony includes being raised from a deathbed, facing severe financial crisis, and adjusting to a new life after the death of her husband.

As a mother of two wonderful grown children, Kylie and Cody Oaks, who are also in the ministry, Shelli has taught others how to truly have heaven in their home. 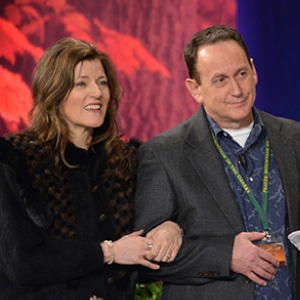 Brenda Brim Krukow is the second daughter of Sister Billye Brim and fills in for her when she is out of town for Sunday afternoon corporate prayer and the Wednesday Noon Prayer webcasts.

Her emphasis in teaching prayer is based on John 17:15-26, as working as “One In Christ,” with Christ and His body in corporate prayer. Brenda also helps in publications, where she is the managing editor of The Prayer Mountain Gazette, as well as writing the monthly prayer summaries.

She has served in the ministry for over 25 years helping her mother after her father, Kent Brim, moved to heaven in 1986. Brenda’s husband, Tony Krukow, owns a law practice in Branson and assists her in the prayer meetings on Sundays and Wednesdays. 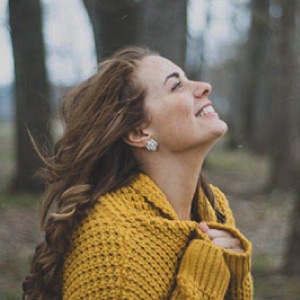 Hannah Brim is a lover of God and compassionate about His heart. She graduated from Rhema Bible Training Center in 2011 and served in the prayer and healing center there for two years.

Hannah now works for her grandmother, Billye Brim. She heads up the telephone prayer lines for the ministry, leads prayer schools for young adults once a month, and travels full time with her grandmother.

To read more about Hannah’s heart for the Lord and prayer, visit her blog site: http://hannahsprayers.com