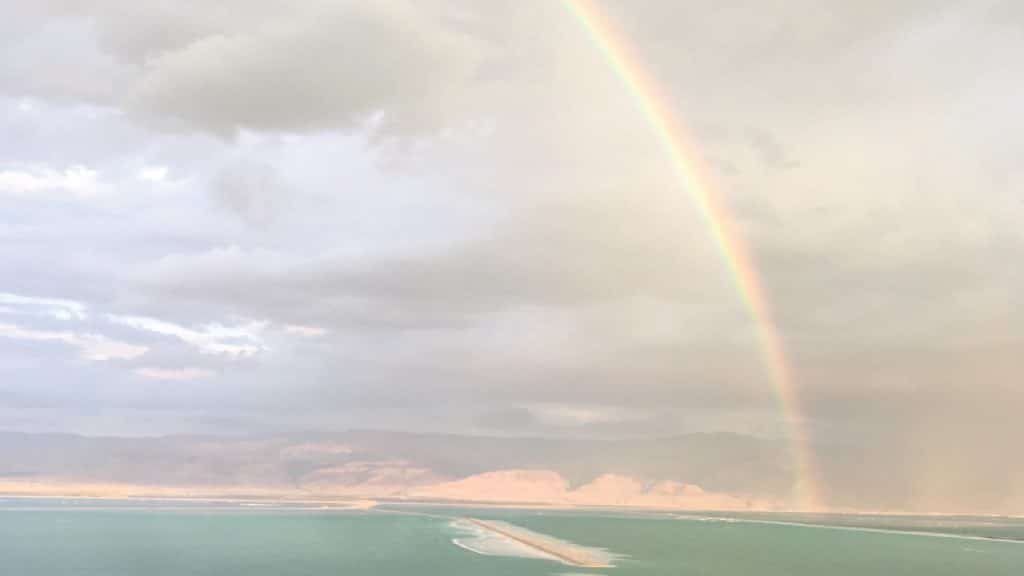 I looked at my cell phone to see the time and as I begin to write it is 4:44 P.M. About half an hour ago a beautiful rainbow appeared. As I look out my mirpeset (balcony) the end that can be seen most clearly seems to sit on the Mountains of Moab. Present-day Jordan. 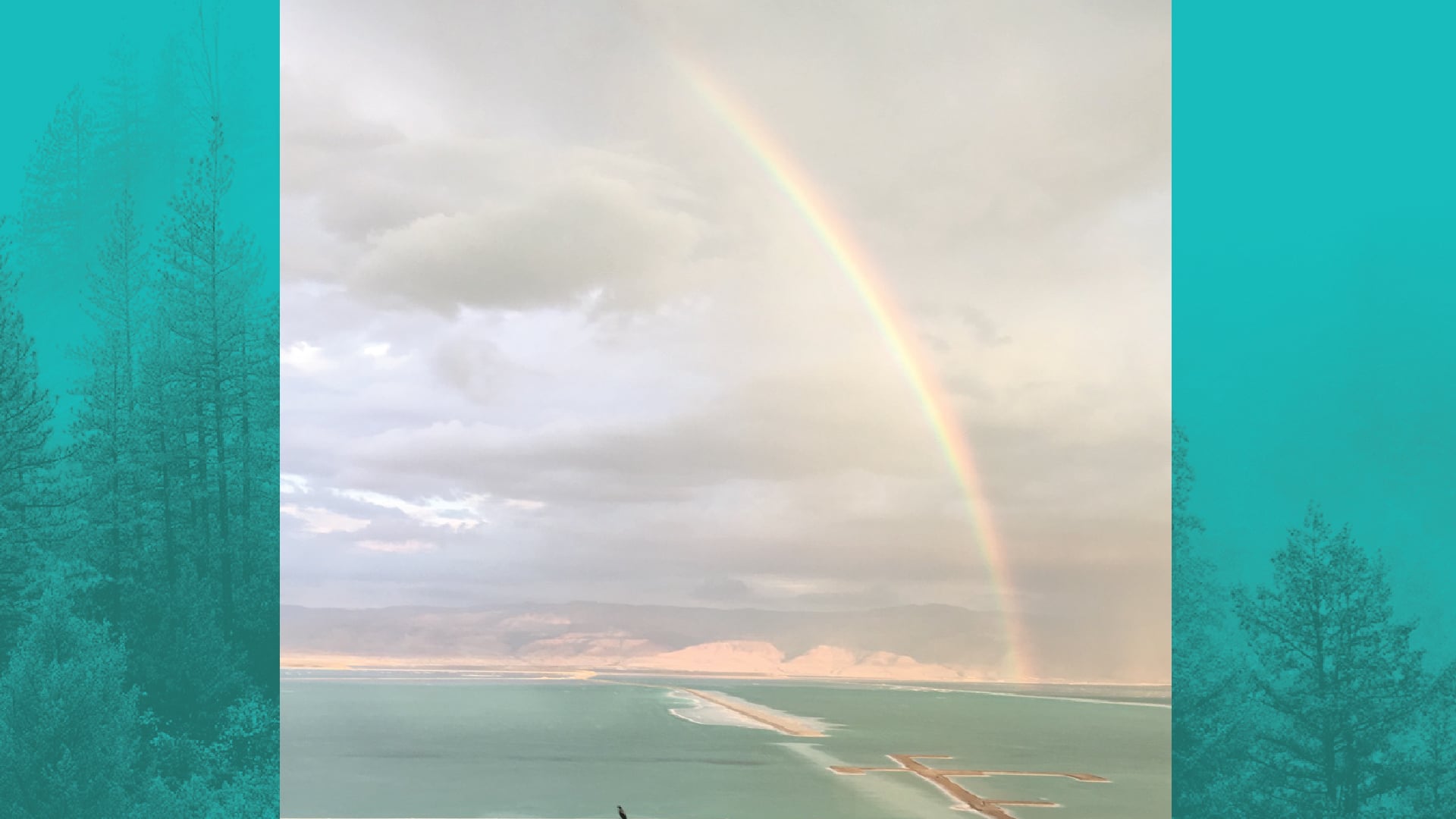 When I come to this beautiful part of the world, I read from the Hebrew Bible the parts that happened here. Of course, I’ve just been reading about the Angels, and what seems to be the Lord Himself, sharing with Abraham how the sin of Sodom and Gomorrah had actually cried out.
My ArtScrolls Edition reads:

So HASHEM said “Because the outcry of Sodom and Gomorrah has become great, and because their sin has been very grave, I will descend and see: If they act in accordance with its outcry which has come to Me—then destruction! And if not, I will know.”

And of course, that destruction caused this to be the lowest place on earth.

When I read that passage yesterday, I lifted up our nation. May tomorrow’s election reflect a turning to God, and a truly repentant attitude which agrees with His Word and His judgments of what is right and what is wrong. Surely believers, regardless of party, know what candidates stand nearest to the revealed Word of God. And they will make the effort to cast a vote accordingly.

When the rainbow first appeared Shelli and I were in the lounge. Everyone was looking at the stunning display. I quietly spoke into the ear of an elderly woman who was evidently religious that it was God’s token of Covenant. Then her husband, who’d been reading from his prayer book, walked up to me and made a sound, almost like a soft whistle, that is hard for me to convey, but which expresses wonder.

Then he said in Hebrew, quietly to me, “You know that is a sign of blessing.”

“Ken,” I replied. I’m so glad I studied Hebrew just so I could enjoy this moment.

Actually, I had just read the passage of the rainbow yesterday. And then I saw a vivid rainbow today. It did not rain here today—I think I’ll take it as a sign of blessing!!!!!!! Here it is in the ArtScroll’s Tanach:

Somehow at this spectacular sight over the Salt Sea and the Mountains of Moab, I felt that God was looking directly at it and remembering….

Notice how many times the word covenant is in this passage. God is surely as He identifies Himself—a covenant-keeping God.

P.S. To all you who have come to the Dead Sea with us before. It is perfect weather here. So enjoyable. Only in the 70’s and 80’s. Looks like we will have to consider a November tour here in the future.