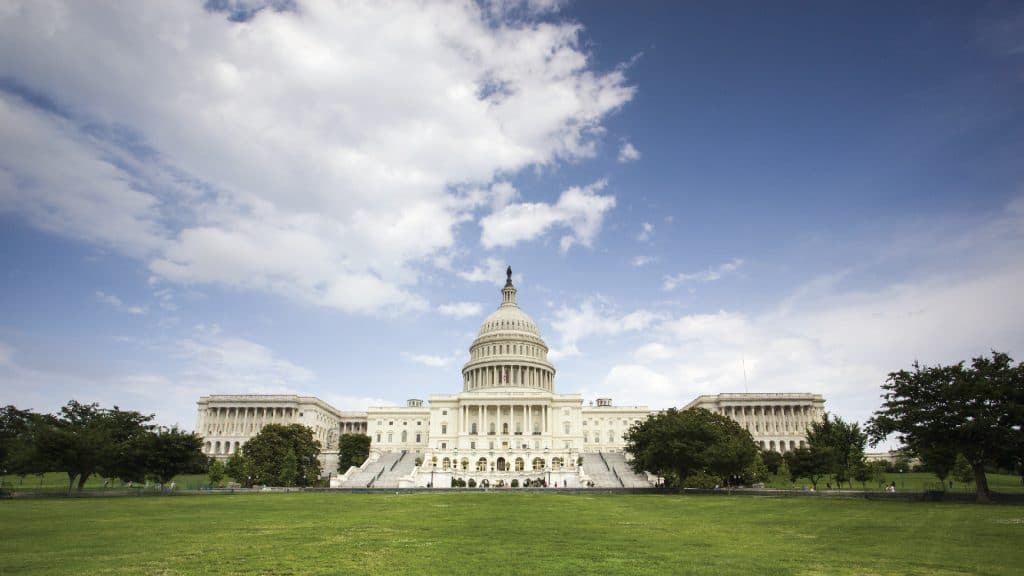 First, I apologize for telling you I would be blogging from the National Prayer Breakfast in Washington D.C. last week and then not doing it. It was because I found I could not type or send email on my laptop. That’s fixed now. And here are some highlights of what I think was the best NPB I’ve ever attended.

Once again, the Lord provided excellent seats for Shelli and me. In the picture below you can see over Shelli’s shoulder Pastor Andrew Brunson, released from Turkish Prison in October 2018. In his heartfelt address, President Trump told us that Pastor Brunson would walk his daughter down the aisle to be married on the Saturday following. 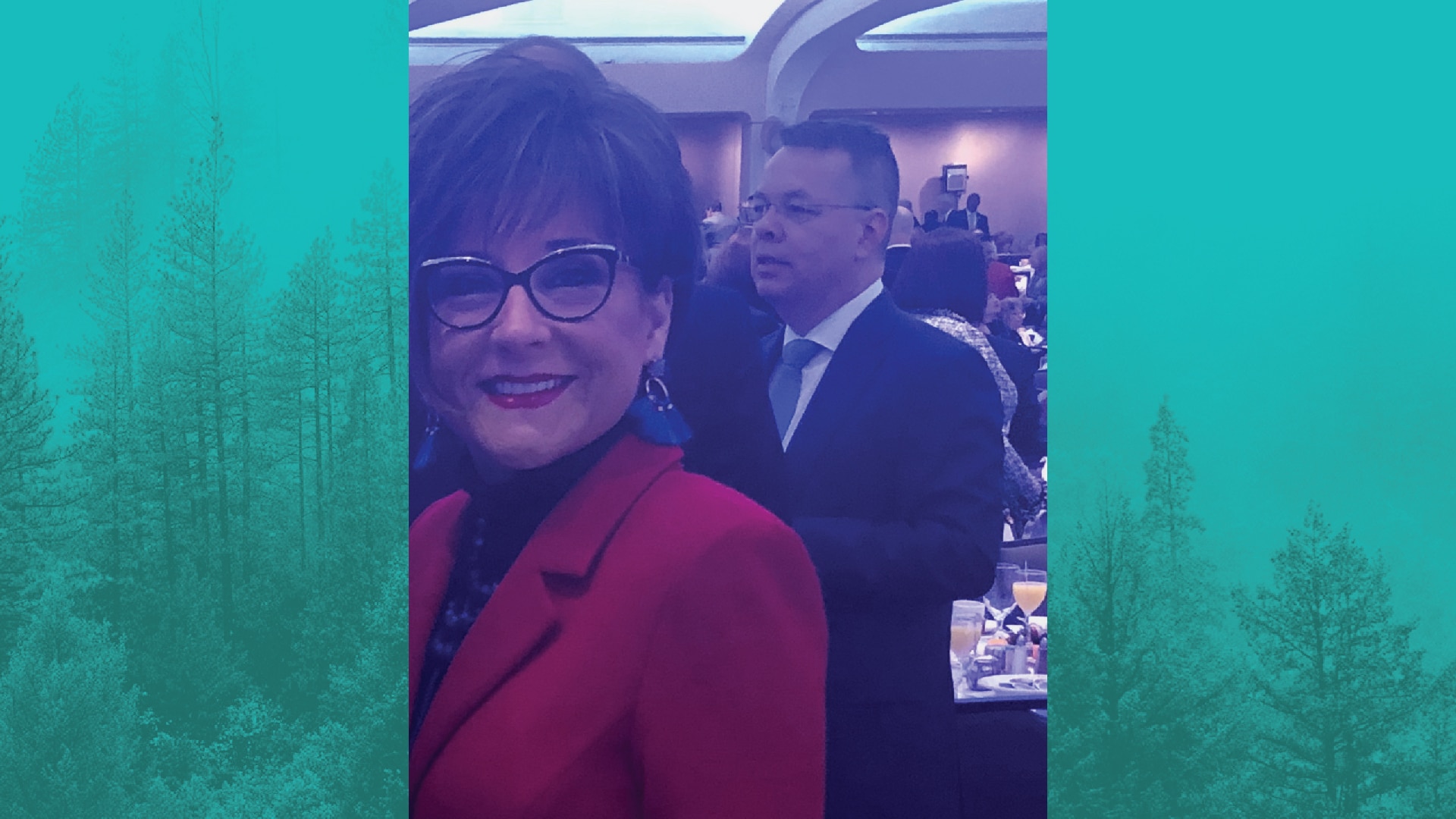 Here are some things I experienced and observed.

The Presence
Several times it seemed to me, that His Presence was especially manifested. During the worship led by Chris Tomlin, people entered in, and several lifted their hands. I watched our President. With his eyes closed, he gently swayed to the music. This entering in by the entire congregation was strongest when Chris led us in Amazing Grace.

Another time was when the Co-Chairs, U.S. Senator Christopher Coons, Democrat from Delaware and U.S. Senator James Lankford, Republican from Oklahoma prayed for the President. They lead a weekly prayer meeting in the Capitol where democrats and republicans pray together. They demonstrated before us a genuine Christian love for each other and said that such love pervaded the non-partisan weekly prayer meeting. 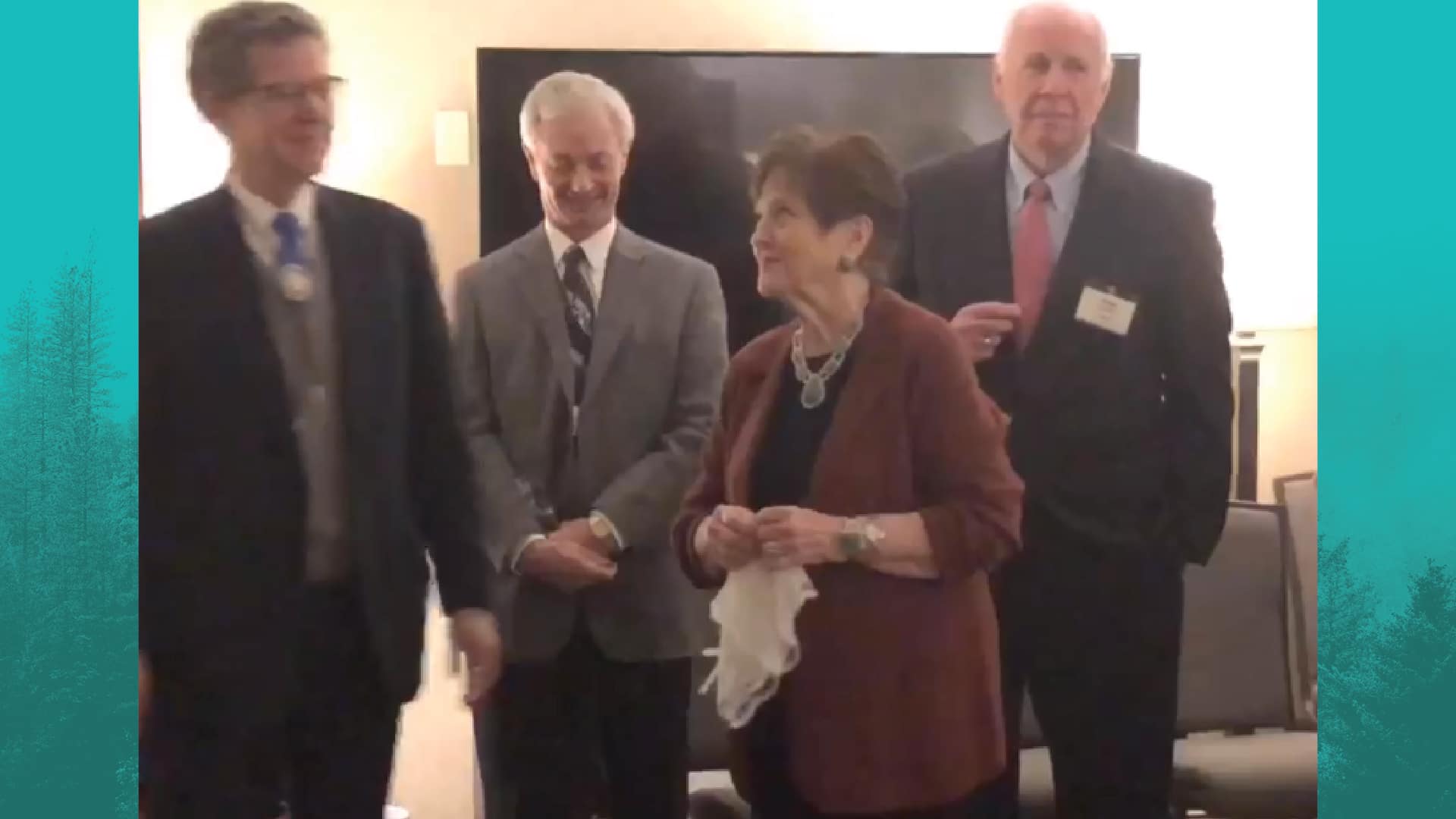 At the end, these two Senators stood behind President Donald John Trump with their hands on his shoulders. Senator Lankford led out in a prayer worded exactly as you and I would pray for him. One part was that the President would be able to find even snippets of quiet time, and that the Lord would speak to Him distinctly leading and guiding him. Senator Coons asked the Lord to “bless” the President. How special it was to hear that blessing pronounced from this democratic senator. 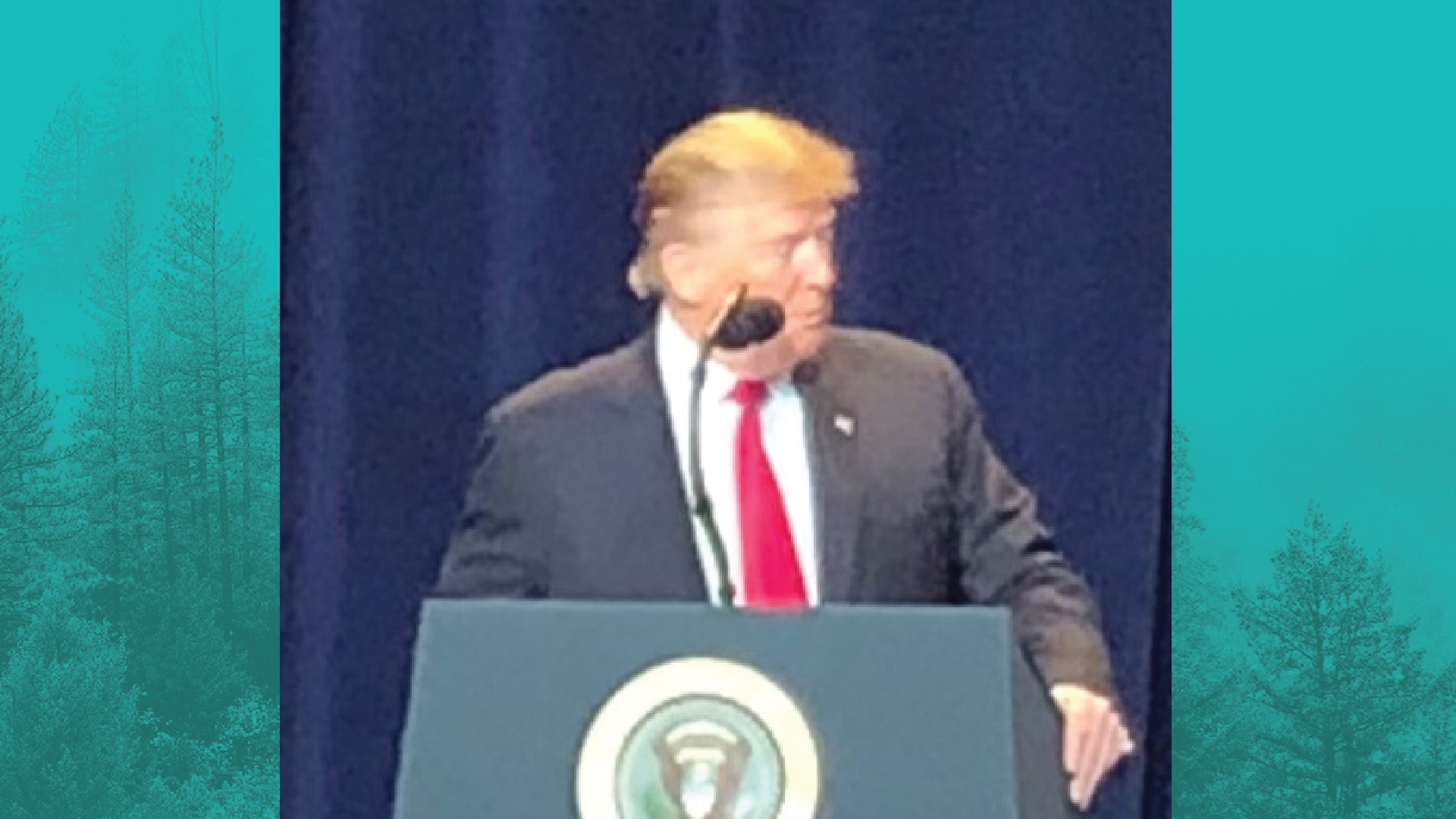 It was evident that those who came to this meeting definitely honored Chief Big Pond. One of the most prominent was former U.S. Representative, Senator, and Governor from Kansas, Sam Brownback.

Last year at the National Prayer Breakfast, I heard that he’d been appointed U.S. Ambassador-at-Large for Int’l Religious Freedom—a State Department position. Someone who’d long worked in a clerical position said something like this to me, “You’ll have to pray for him. It’s a swamp over there.”

As you WWP’s know, the State Department has long been on our spiritual radar. At Neigel’s meeting, opportunity came to share this with Ambassador Brownback. His eyes lit up a bit, and he said, “Keep it up. It’s working.” I don’t feel free to share everything he said, but let’s keep it up.

Neigel feels he has heard from the Lord that upon a public apology from the office of the President of the United States for atrocities against the First Nations, broken treaties, etc., there will be a blessing released upon our country that can only come in this way. 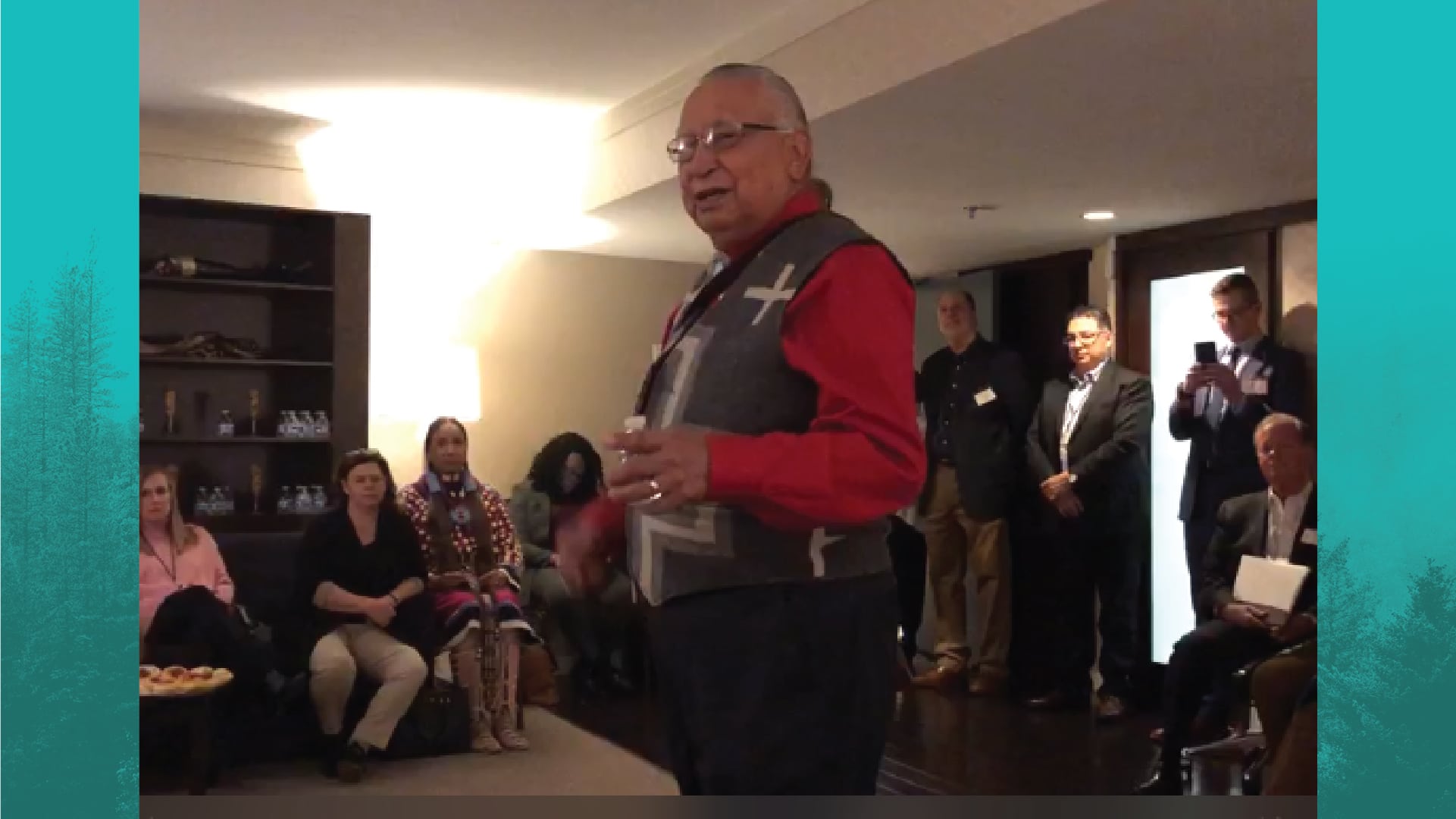 Although we didn’t have the usual contingency of Ministers of the Knesset presence, due to the upcoming elections, it was so good to be among supporters of Israel—and to hear from leaders such as Michele Bachman. 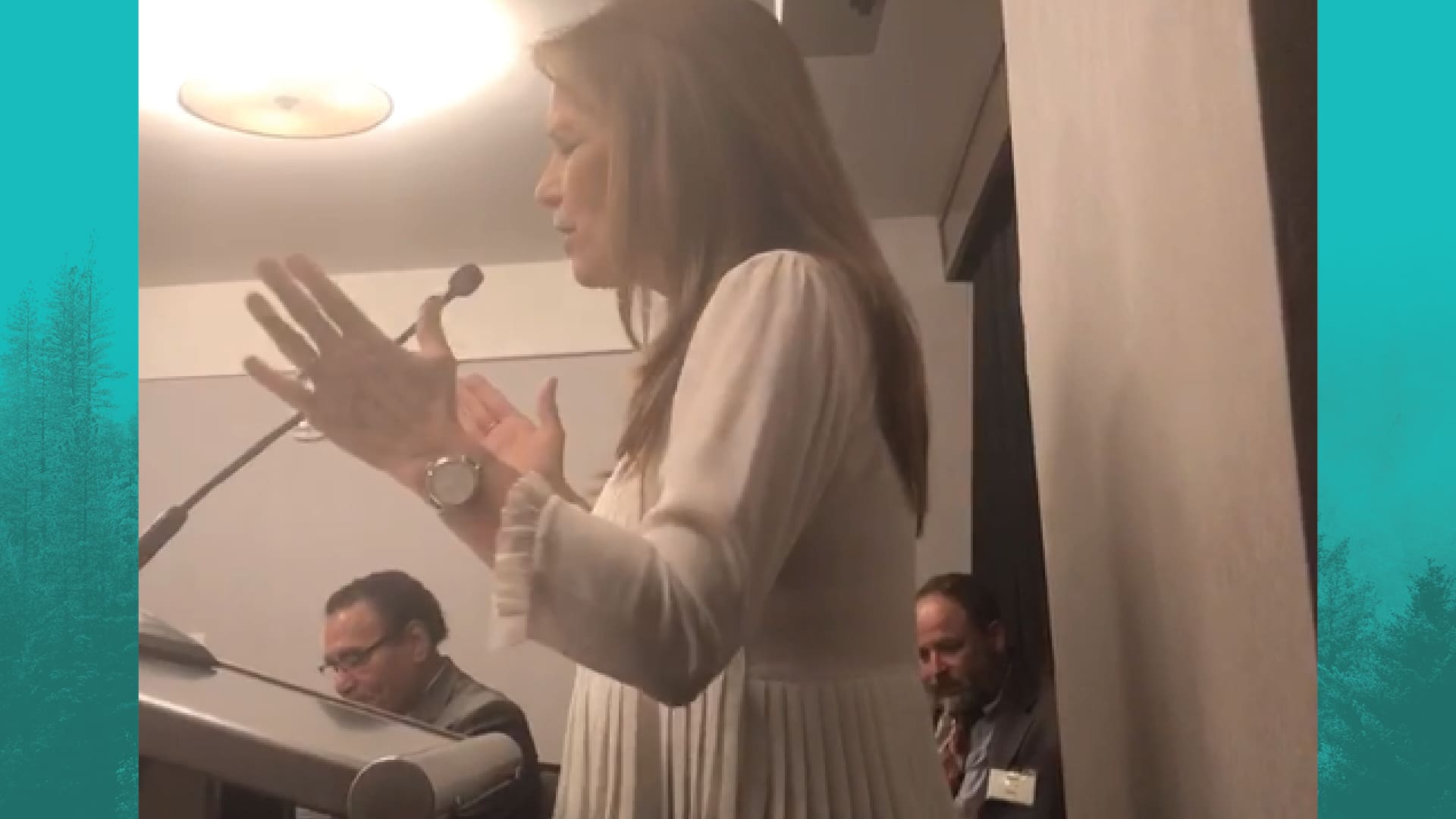 One testimony we heard here touched me deeply. Tamrat Layne was a former short-term Prime Minister of Ethiopia. He described himself as a terrible person. A hard-core communist. A guerilla fighter. An atheist. In 2000 he was in prison 12 years. In solitary confinement he was in irons, when one night the bright light outline of a person entered his cell. He said, “I am Jesus. I am the only one who can give you life. Follow me.”
Tamrat could not say yes.
It happened again the next night.
Still not agreeing to follow Jesus, he thought about it, and asked something like, “If you are Jesus. If you are God. Come back again tonight.”
He did. And Tamrat said, “Yes.”
However, he knew nothing of Jesus. He asked a nurse that came into his cell, “How do I find out about Jesus.” She brought him a bible.
He opened it, and his eyes fell on Psalm 119:71:

Psa. 119:71
It is good for me that I have been afflicted; that I might learn thy statutes. 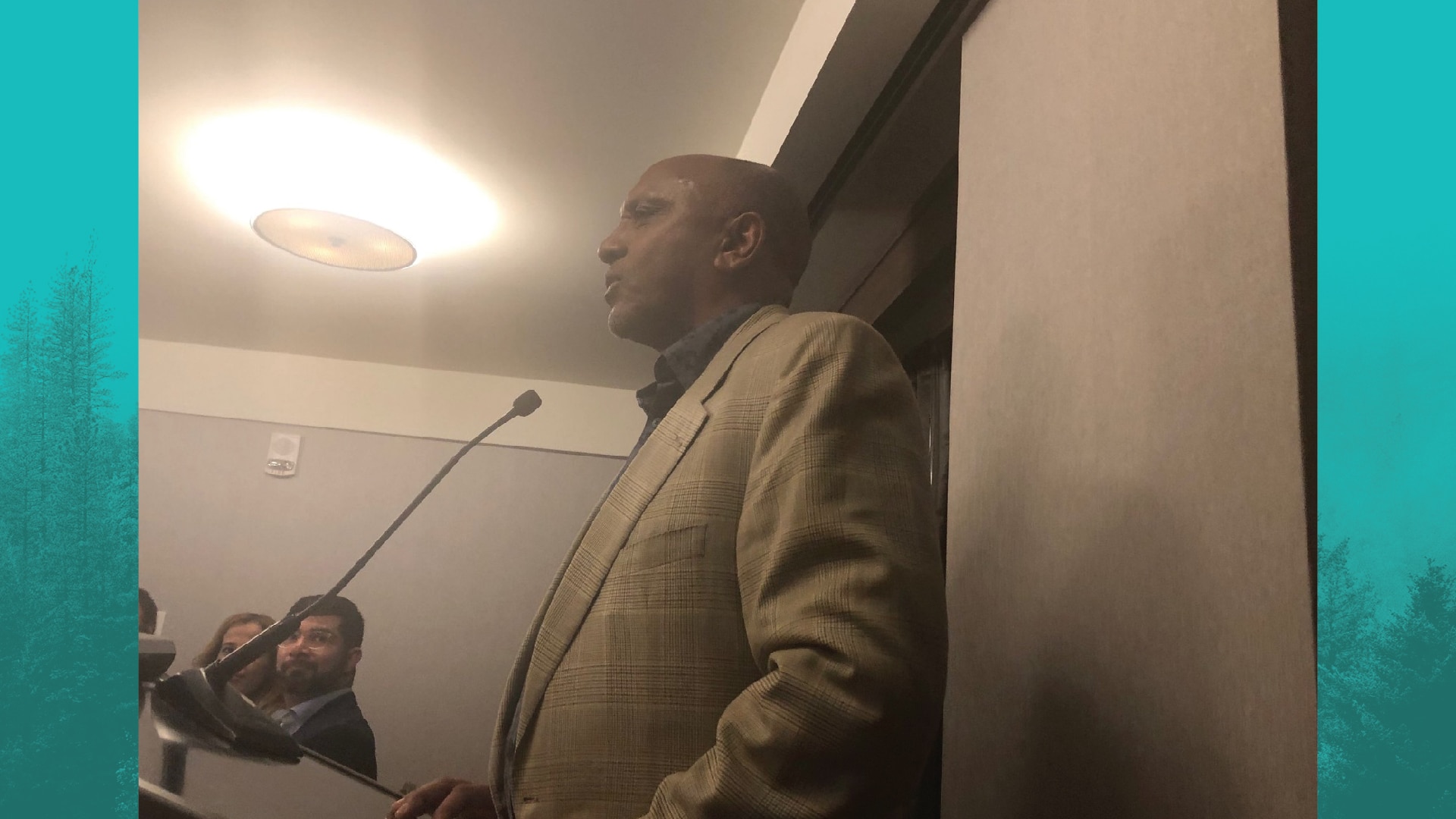 He says that when someone asks him about being imprisoned, he says, “It was a blessing.”
He now lives in Denver and travels for the Lord.

Shelli and I just happened to be behind him in the checkout line. He told us of another incident in Ethiopia. In a certain town there was a small Christian church and a large mosque. Once when 300 were praying in the mosque, Jesus appeared and spoke to them. When He left, they talked back and forth about how they might find out more about Him. Someone said we could run to the church. So 300 Muslims took out running to the church. The far fewer Christians in the building were frightened to see them approaching. Eventually, things were cleared up and you can guess what happened.

P.S. We had such a WONDERFUL charter class session of 3BI–Billye Brim Bible Institute. We are now ready to tape our second week of classes. (We need a certain number before we can go on line.) We have 8 spots left for students who can study in the classroom here at Prayer Mountain in the Ozarks the week of March 18 through 22. You will need to register by February 22. Click here to register.