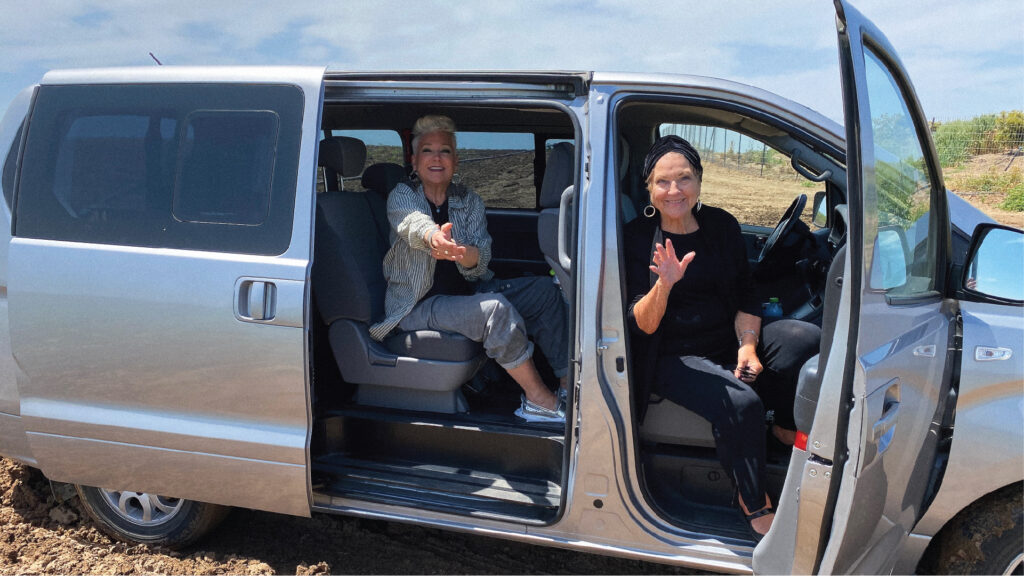 Today (blog written April 16), we literally followed the path of the Ark of the Covenant from its capture to its return to the Israelites at Bet Shemesh. Even Guy, our friend and guide, had not done this.

We began at a brand-new Israeli National Park at the ancient battle site where the Ark was lost. We were at Ebenezer where Israel camped. Of course, we could see where the winning Philistines were at Aphak.

After Israel was badly beaten, the two sons of the High Priest Eli ran back to Shiloh and took the Ark into the battle. [See 1 Samuel 4.] Israel lost the battle and the Ark.

The Ark was with the Philistines seven months. At Ashdod, they set it in the temple of their god Dagon—and the idol broke to pieces at the Presence of the Ark.  They moved it from city to city and terrible tumors struck the populations. The five lords of the Philistines met to devise a plan to get rid of the Ark from the last city where it rested, Ekron.

Our plan was to drive through an agricultural kibbutz via roads in the fields to ruins of ancient Ekron. 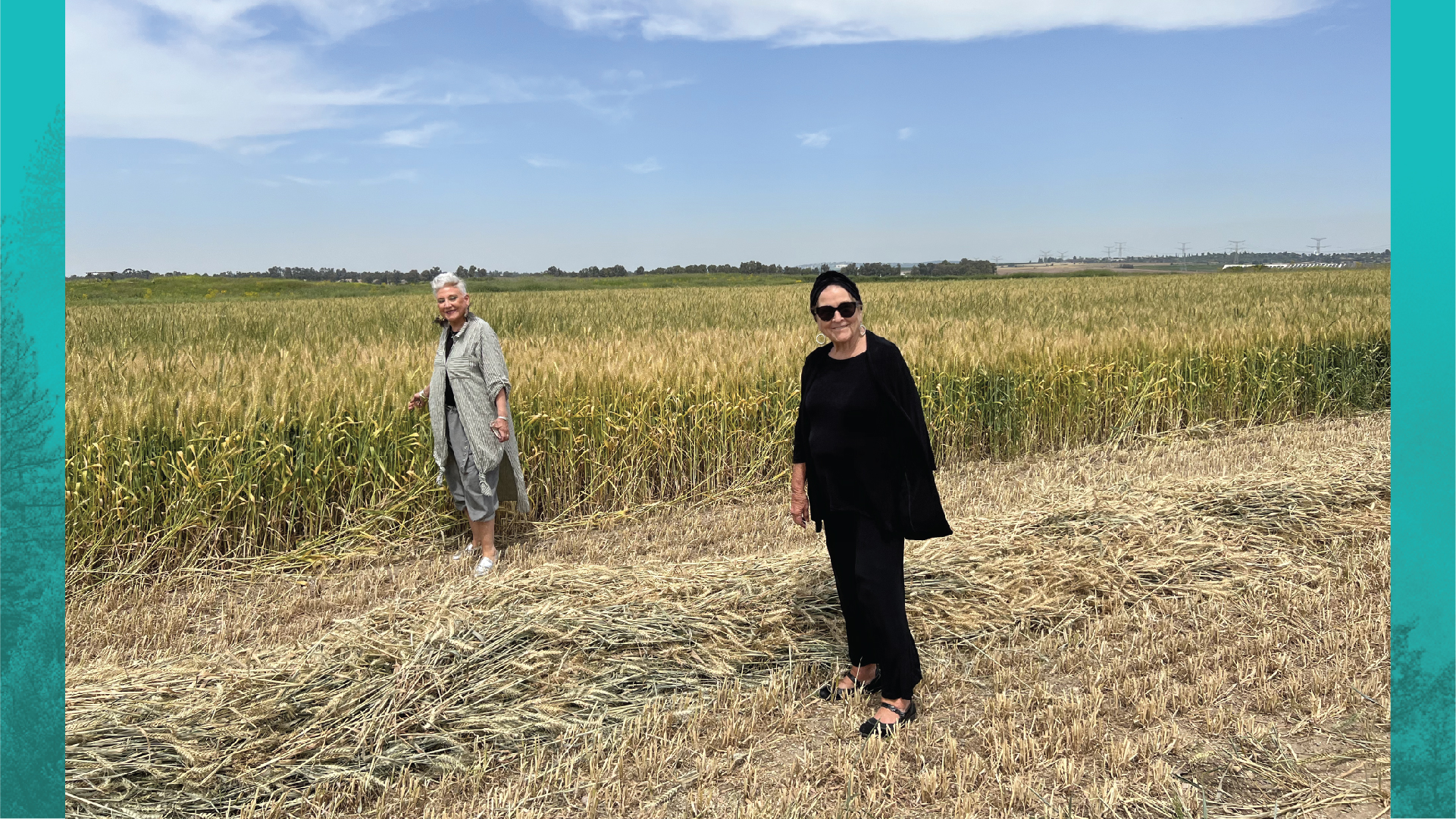 On the way we did something Jesus and the disciples did. We stopped and took a stalk of wheat. Guy rubbed its head in his hands and out fell small kernels—something like small popcorn kernels. As we were eating them, Guy said, “It is the Sabbath.” We looked around but saw no one coming to chastise us for doing this on the Sabbath. 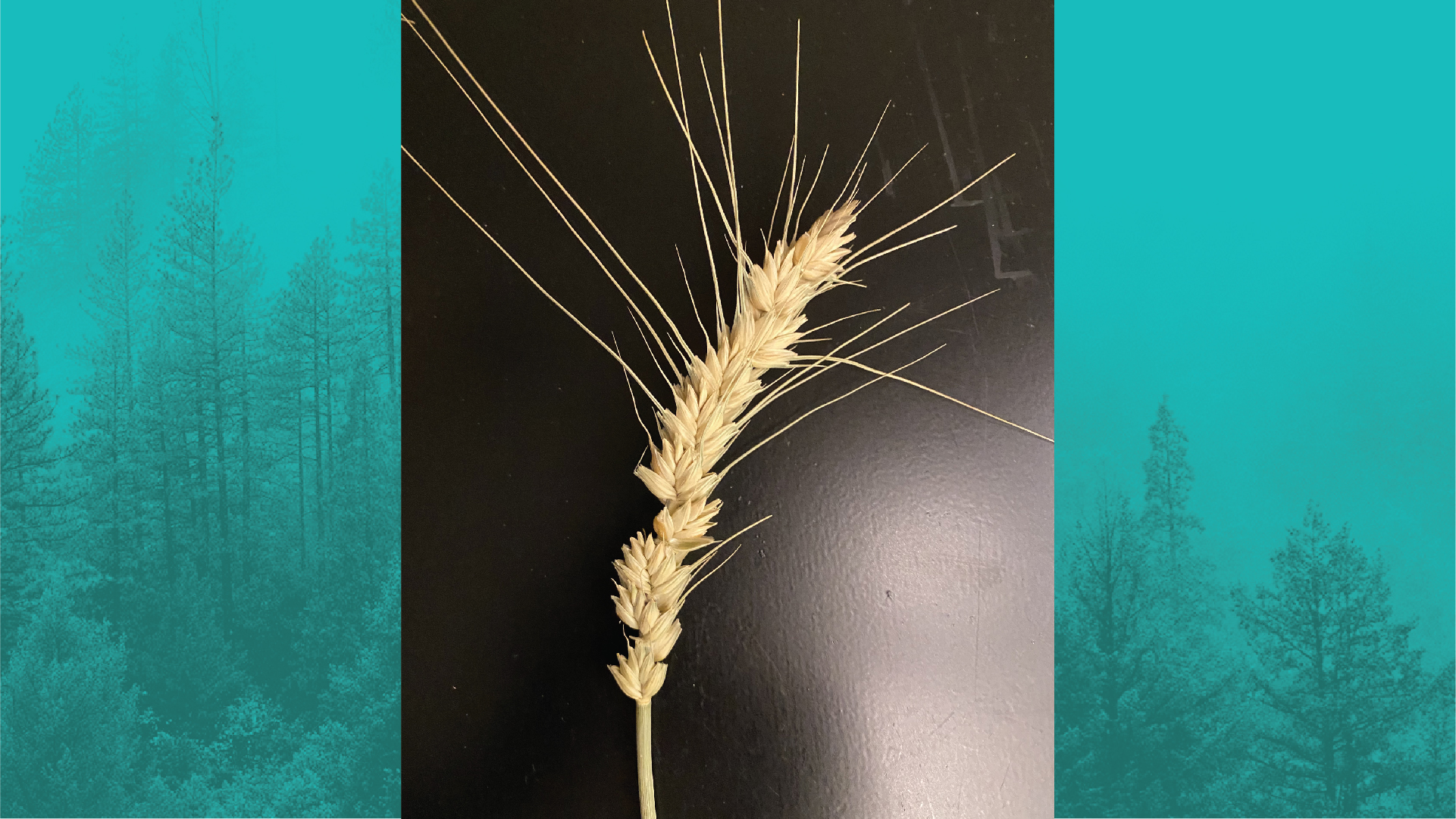 The grain was so beautifully waving in the wind. The fields are watered by a very effective drip system.  But—a water pipe had broken and we got stuck in the mud out in the middle of the vast fields.  What to do?  Shelli and I offered to push, but Guy didn’t think we could do the job.

So—he called a friend from his own kibbutz, which wasn’t far away. Using the modern technology of the cell phone, Guy was able somehow to guide the neighbor to our spot in the fields. 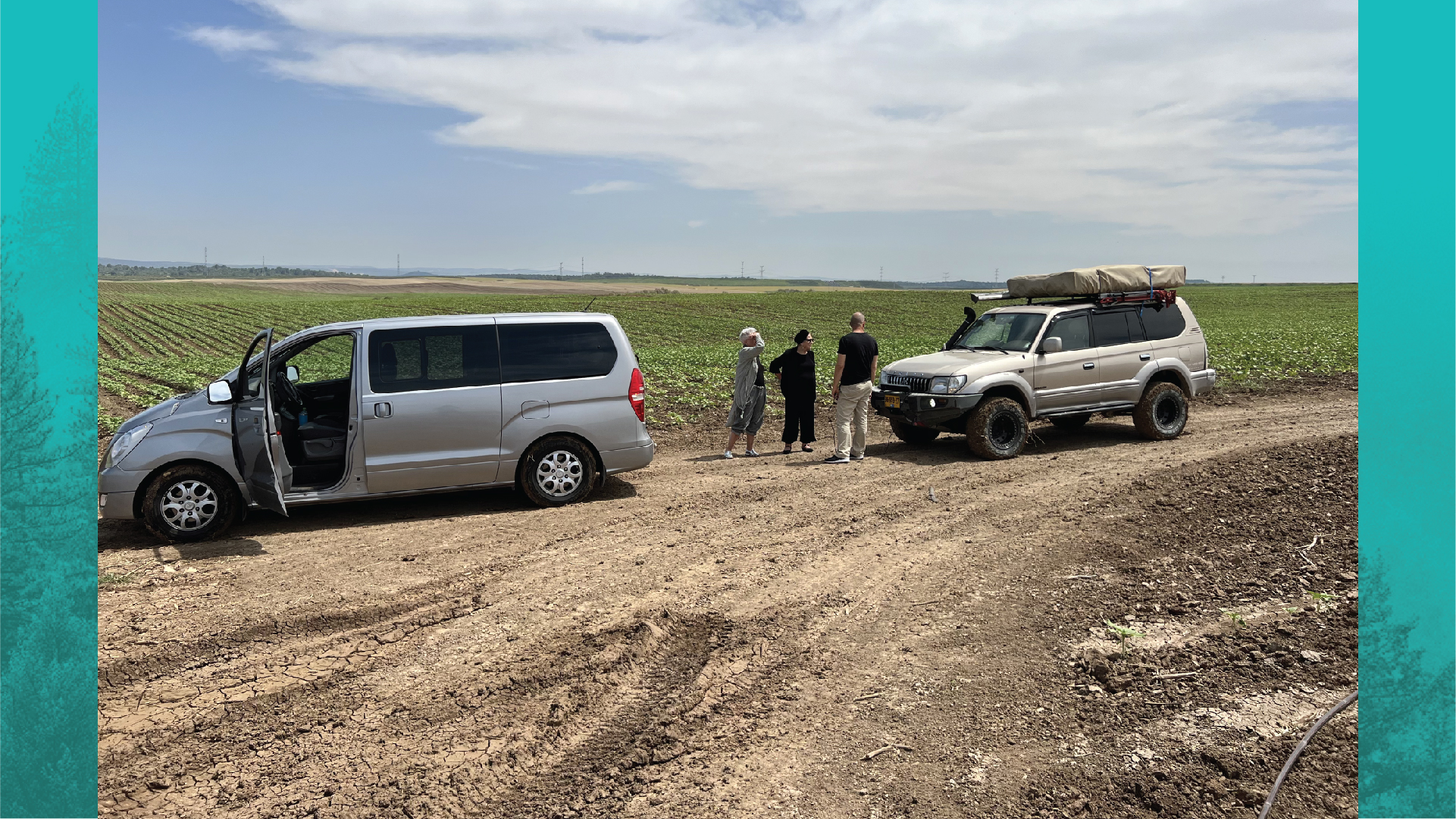 It actually proved to be a high point in our day!!!

After he successfully pulled us out of the mud hole, we proceeded through narrow field roads to Ekron where we saw ruins of a Philistine olive press. Philistia did a big business in olive oil. 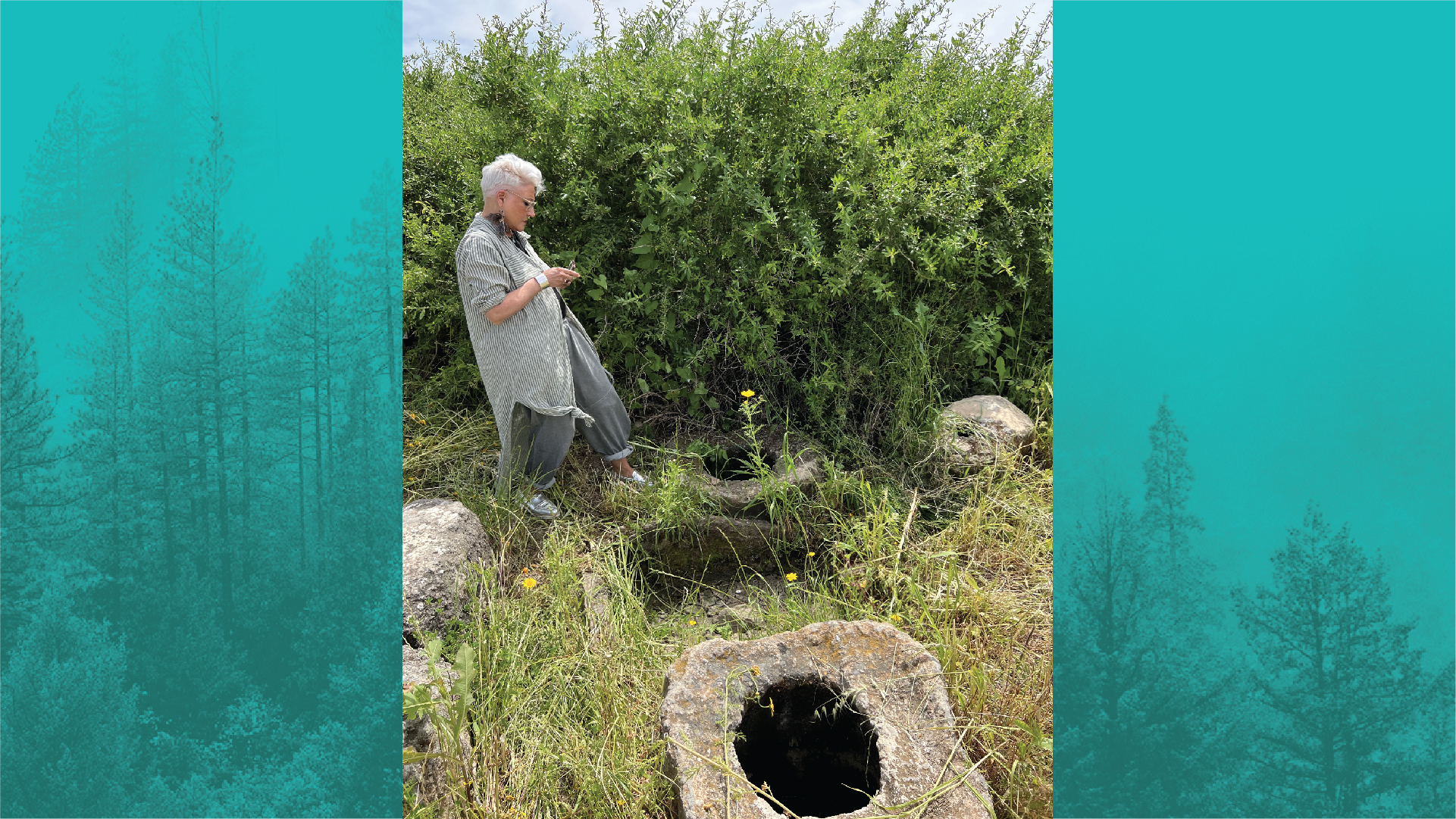 Then we went to the Bet Shemesh ruins where the milk cows returned pulling the Ark. Read about this path of the Ark and know that Guy, Shelli, and I were there!!!

All day today, especially since Easter and Passover coincide this year, I have been cognizant of the fact that this day His body was in the tomb.

Tomorrow at 9 o’clock in the morning, I will be at the Garden Tomb for a special service. I believe it to be the site where He came up from having conquered death and hell, picked up His body, and ascended to the Father to present His redeeming blood, having met Mary Magdalene on His way!!!!!!! [See especially John 20.] 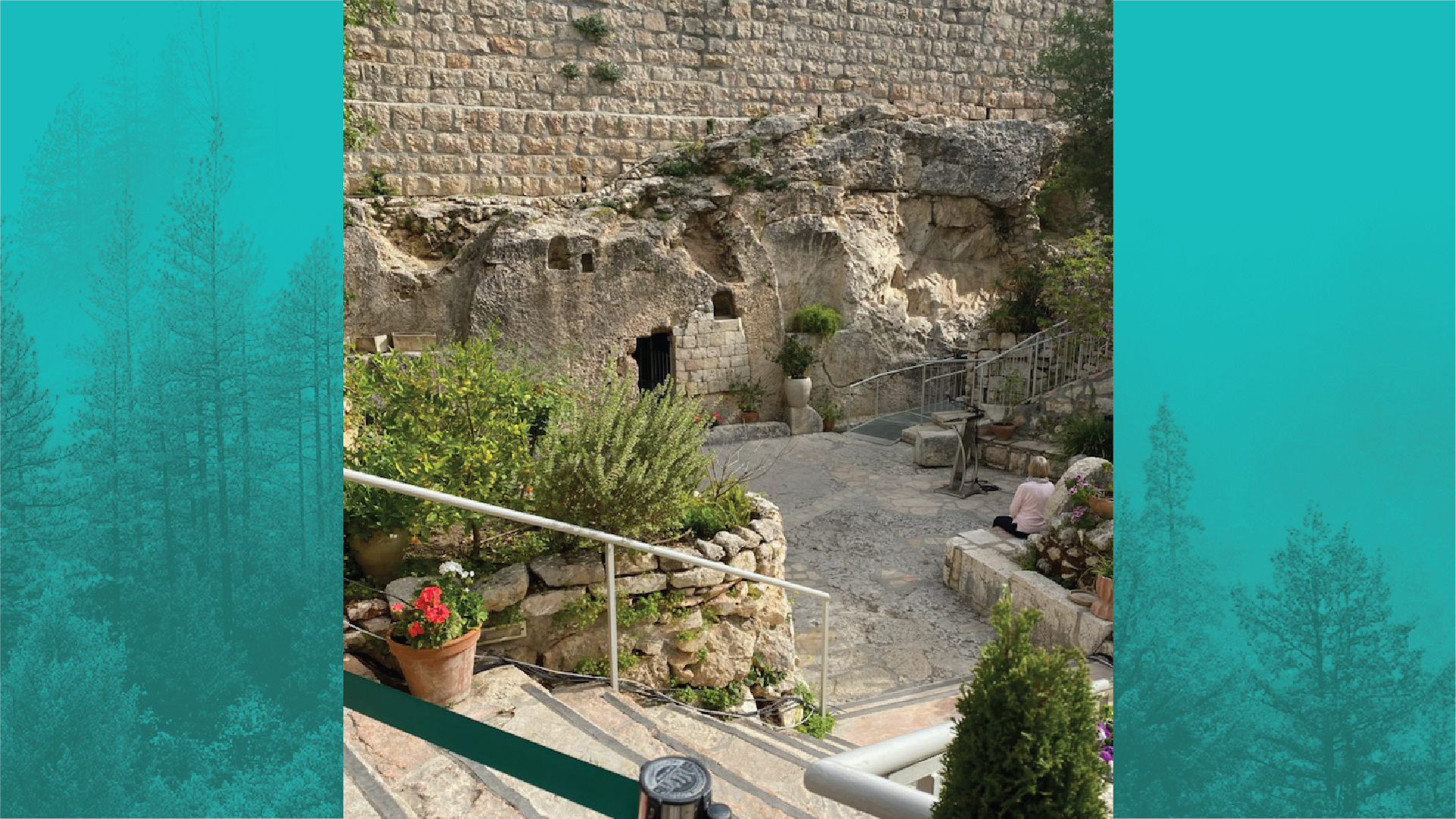 Shalom, Shalom
Blessed Resurrection Day to You and Yours