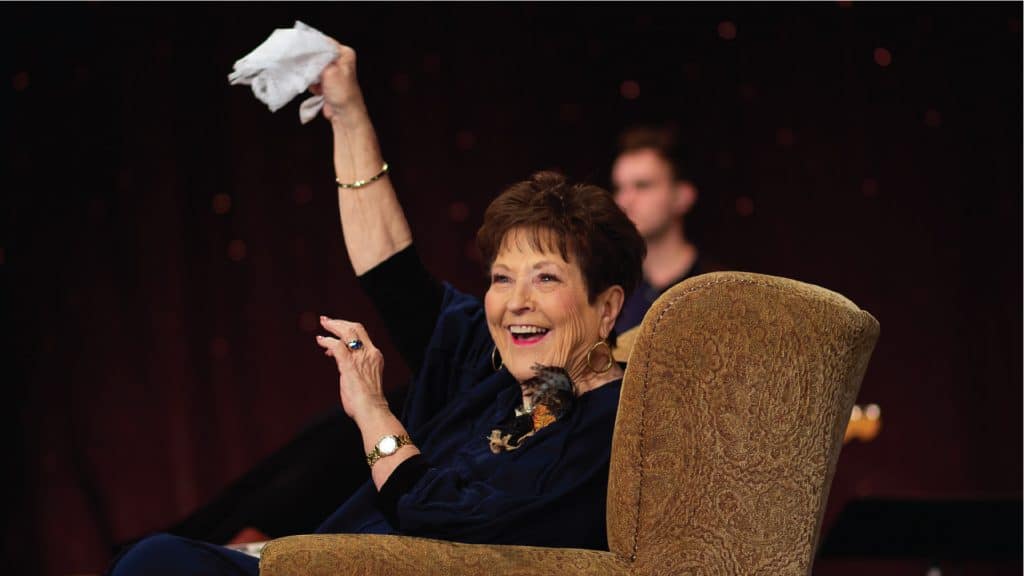 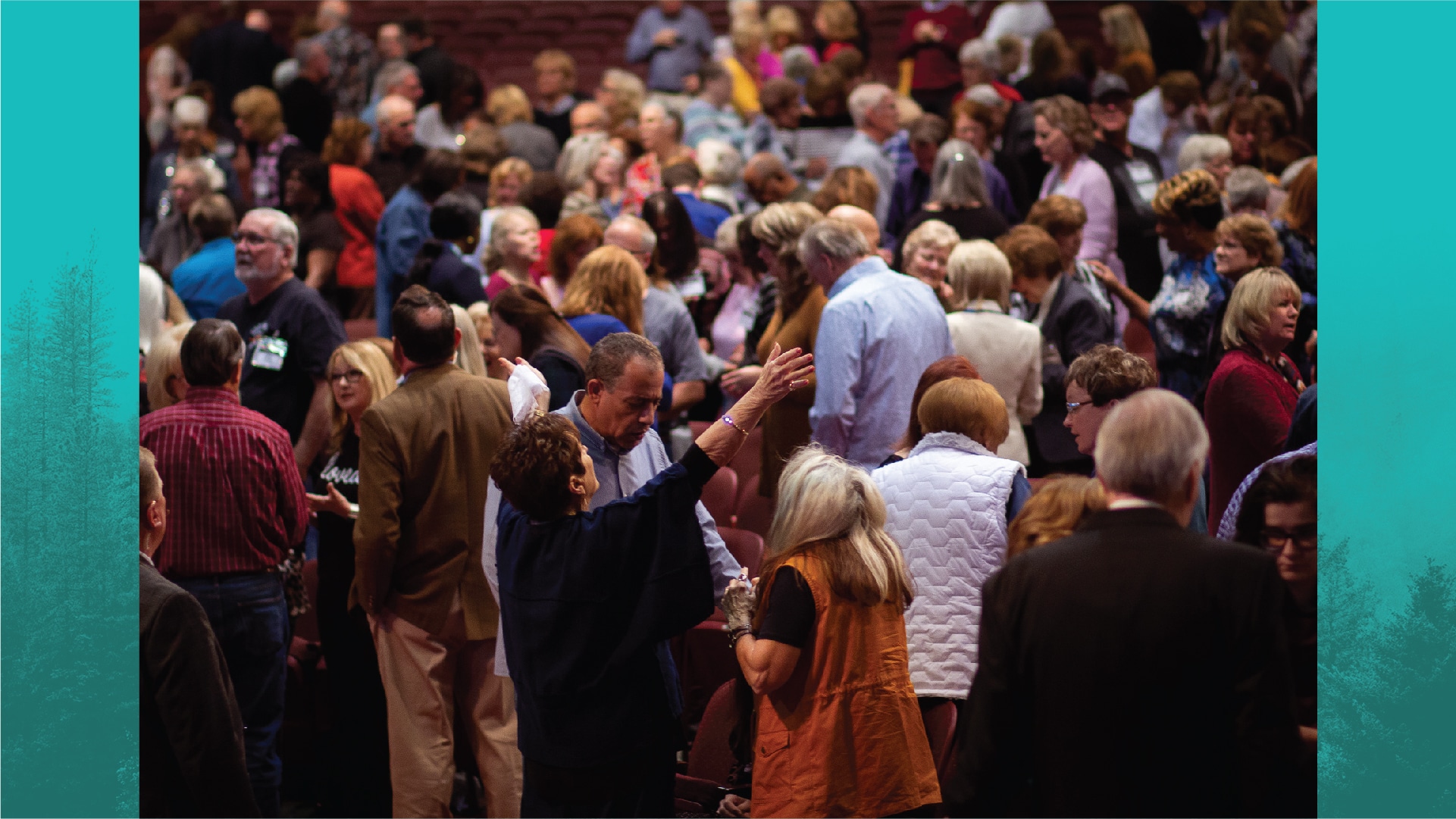 The company of pray-ers seemed to be spiritually mature like those Paul speaks of in the following:

Amplified
1Cor. 2:6 Yet when we are among the full-grown (spiritually mature Christians who are ripe in understanding), we do impart a [higher] wisdom (the knowledge of the divine plan previously hidden); ….

When I taught, I sensed this and was free to share the meat of the Word concerning the “Purposes of the Ages.” 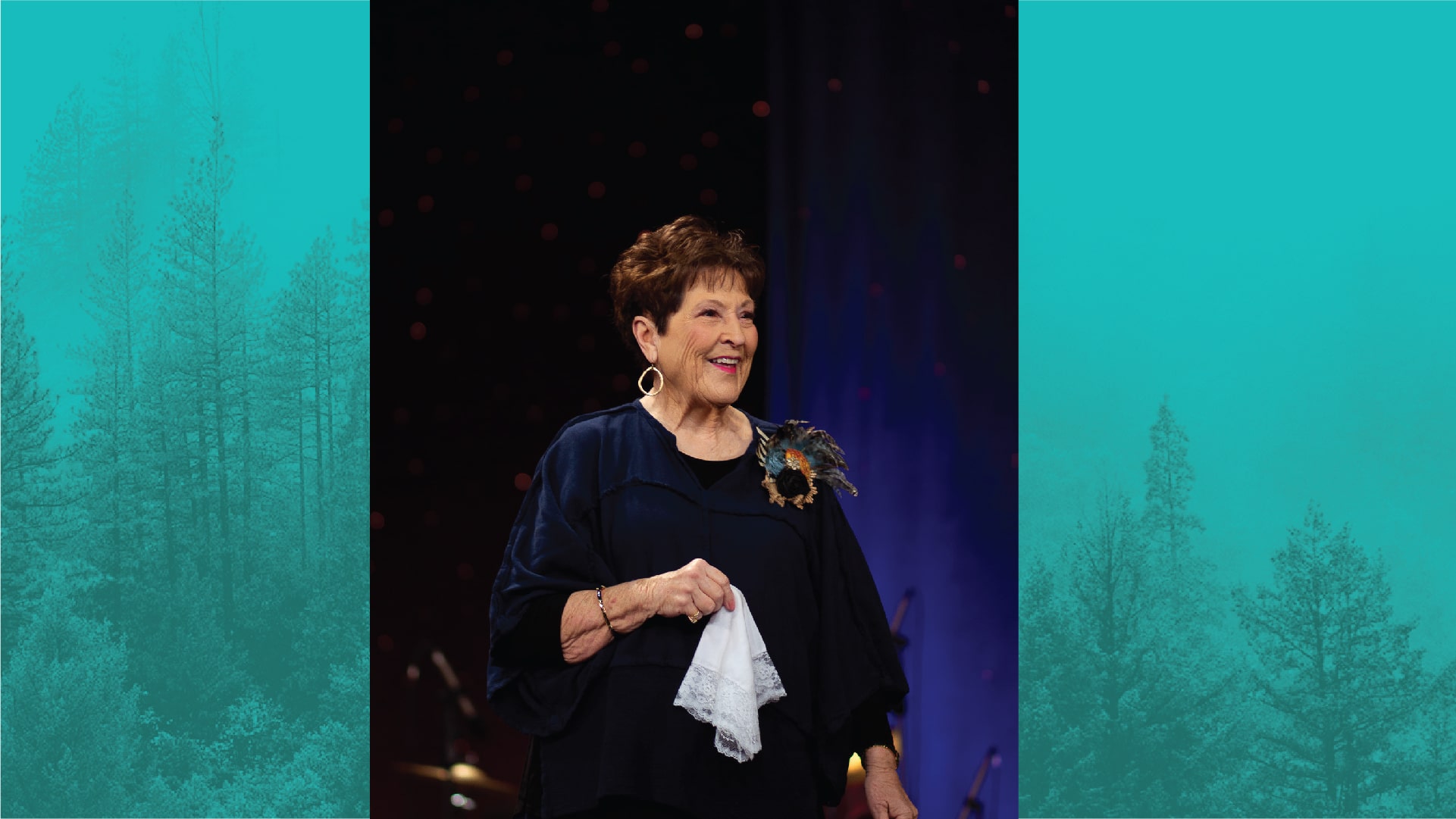 Brother Copeland, Lynne Hammond, Chip Brim, Hannah, Kylie and the worship team, and others the Lord used, ministered with strong anointings, which carried us into high places. Brenda interrupted the Sunday afternoon meeting with a sound of intercession that literally caused “the power to fall” as the old-timers say. Tony and the ministry of helps team ministered in divine love to all who came. Jared and Rebekah, Branden and Destanie opened the meetings with warmth of spirit. 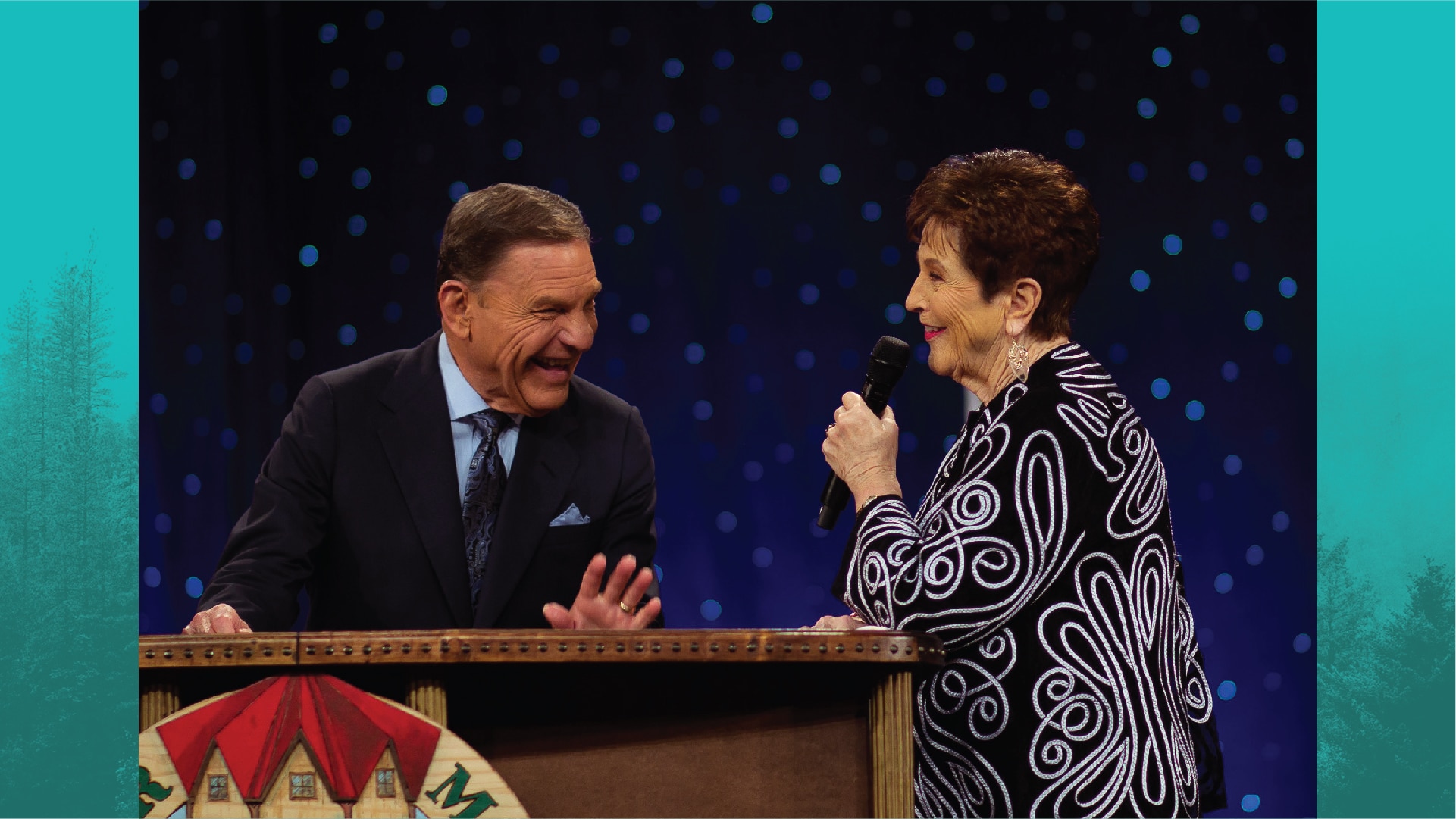 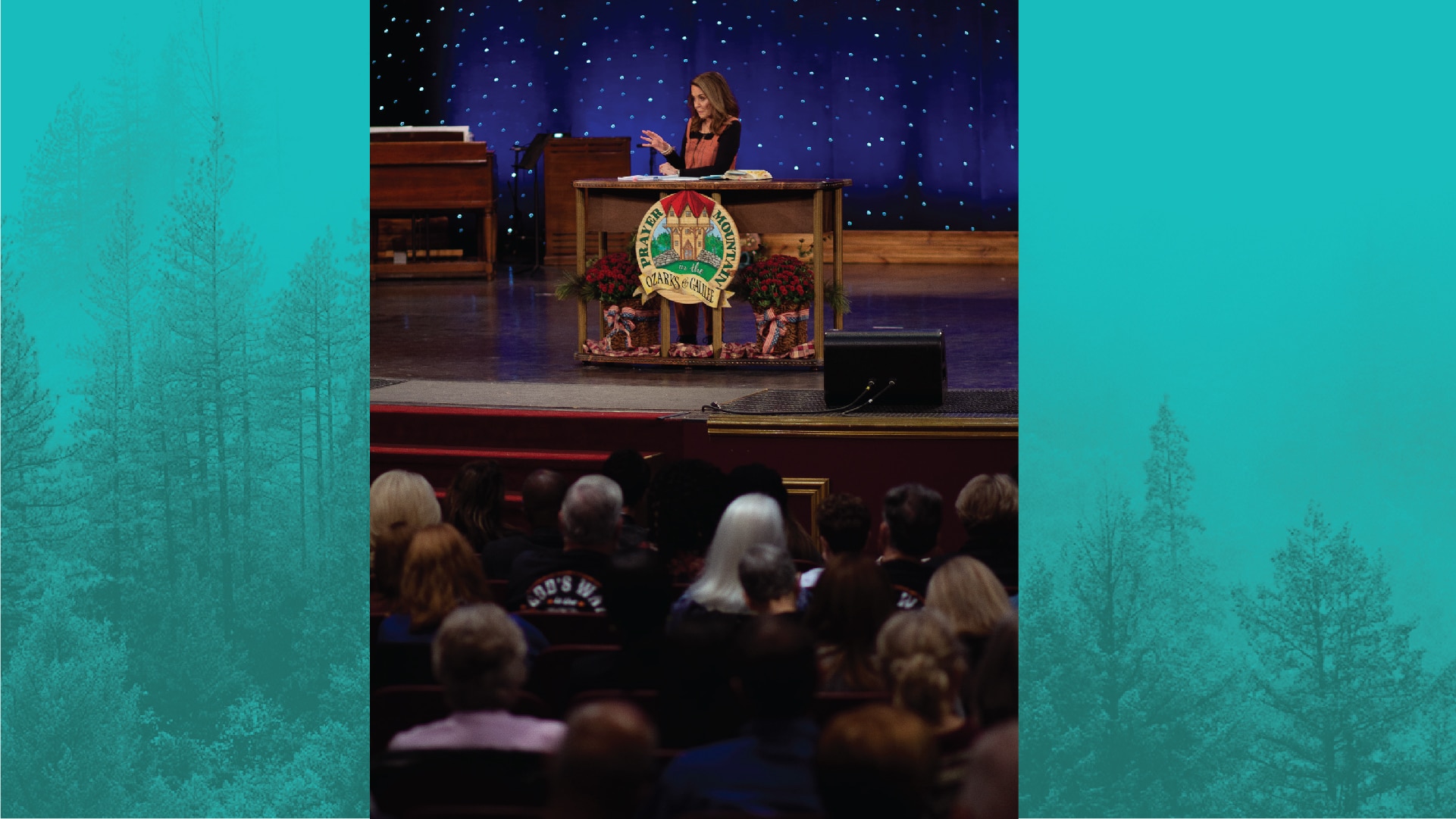 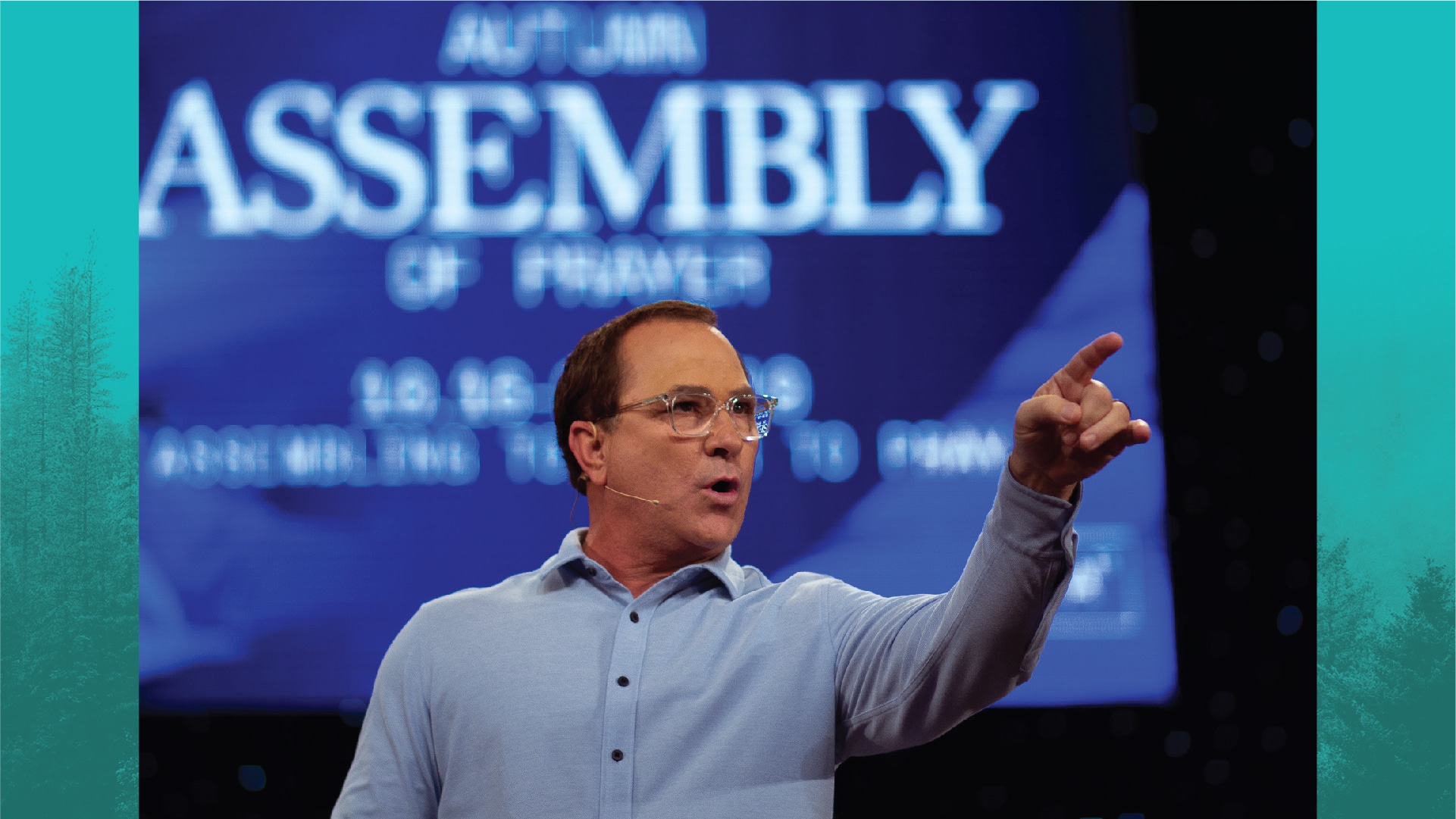 And then there was…..

The “Beside the Tent” Meeting

When Rani Levy gave an update on Israel Saturday night, he did what is easy to do when speaking a language not your mother tongue. He mixed his metaphors. He knew he wasn’t getting it quite right, because he smiled when he said, “It’s like the icing on the pudding.”

Of course, the metaphors are: “the icing on the cake” and “the proof of the pudding is in the eating.”

Well, the icing on the cake for me happened on Monday at the “beside the tent meeting.”

Here’s the backstory. For a couple of weeks the weather forecast showed rain on tent meeting Monday. So—at the on-line Wednesday noon prayer the week before Autumn Assembly, we used our habitational authority to stop the rain.

It worked. The day was beautiful.

However, the night before was a different story.
Really wicked weather was stirred up in the atmosphere in the greater Branson area. Hotels woke up their guests and instructed them to go to sheltered areas. Brenda and Tony heard the infamous train sound at their home in Arkansas not far from Prayer Mountain.

On Prayer Mountain itself, Terry said it was the strongest wind he’d seen in twenty years. They looked out the window and leaves were tempestuously blowing in a circular pattern. He said to Lynn, “Satan is trying to drop a tornado on Prayer Mountain. Use your authority!” He said she really went after it. And it calmed down.

The only damage seen was to the tent. And it was nothing permanent. The tent people said it wasn’t really damaged, but there wasn’t time to bring a crew and reset it up to safety standards.

So—Terry and our crew worked from about 3am to get things ready to receive a thousand or so people who would be coming to hear the Prophet share what he’d received about 2020 and to work together in prayer. When it was decided we needed to meet outside, people who’d arrived for the meeting were drafted to set up folding chairs.

The power was knocked out. Our lone generator was old and not in working order. Terry rented a generator, but when it got there, it had to be repaired. Just before the Homestead Pickers arrived it looked like they would have to sing with no amplification. But, just in time, we had a sound system rigged up. 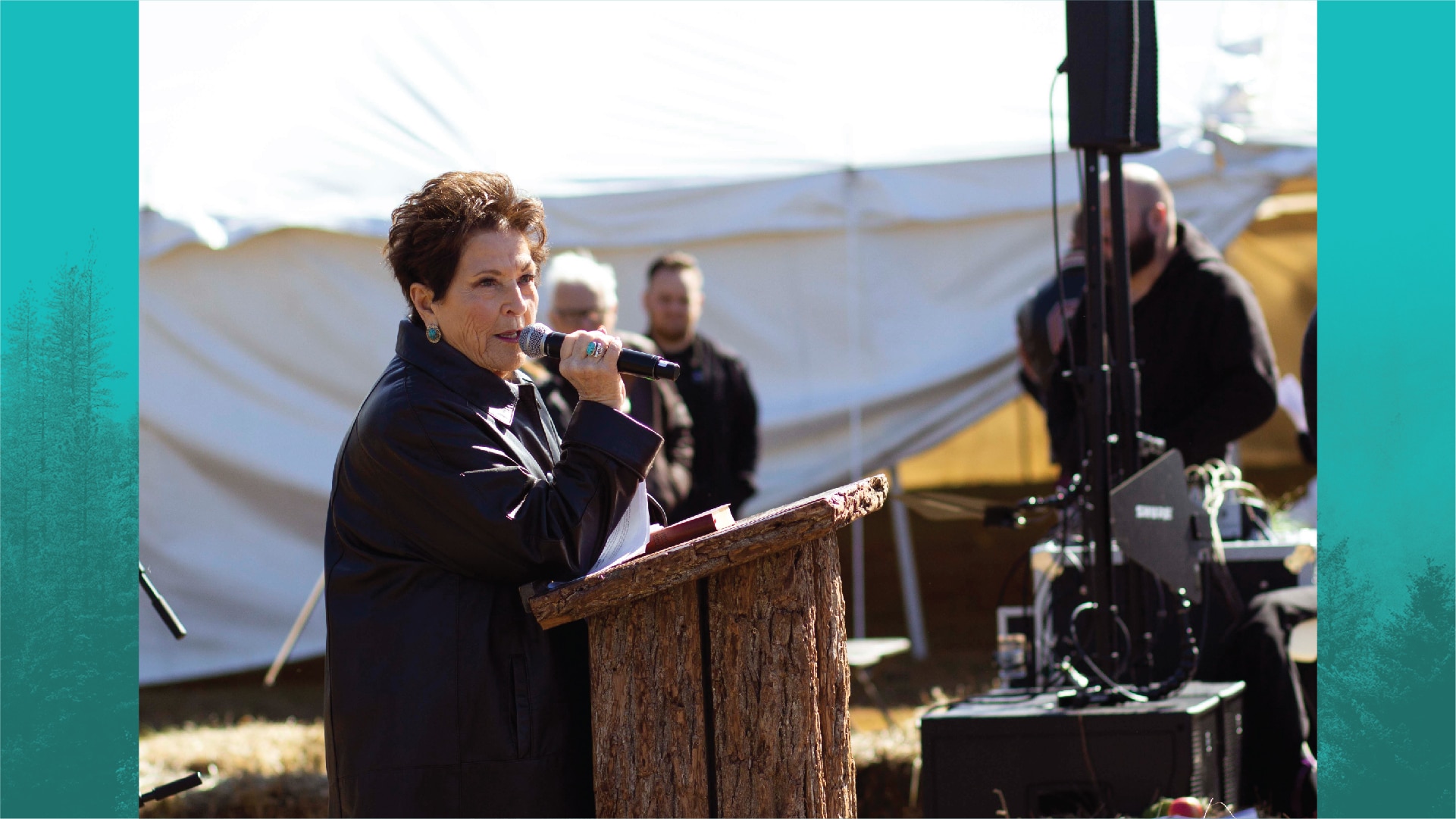 And—the day was glorious!!! It was wonderful sitting outside in the beauty of the Ozarks.

Brother Copeland said that the attack was the work of the higher order of “wicked spirits in the heavenlies.”

On Tuesday, I prayed about it for at the end of the oh-so-glorious Sunday afternoon Holy Ghost meeting, we had exercised our authority against storms forecast for the night.

As I prayed, I saw that the highest echelons of the evil kingdom had strategized to aim their biggest weaponry, not only at the tent, but at the whole of Prayer Mountain in the Ozarks. They aimed to take out all our buildings. And they aimed to discredit the power of The Authority of the Believer. They did this because they are so frightened of the power of prayer. And of the growing company of those who know their authority and how to use it. 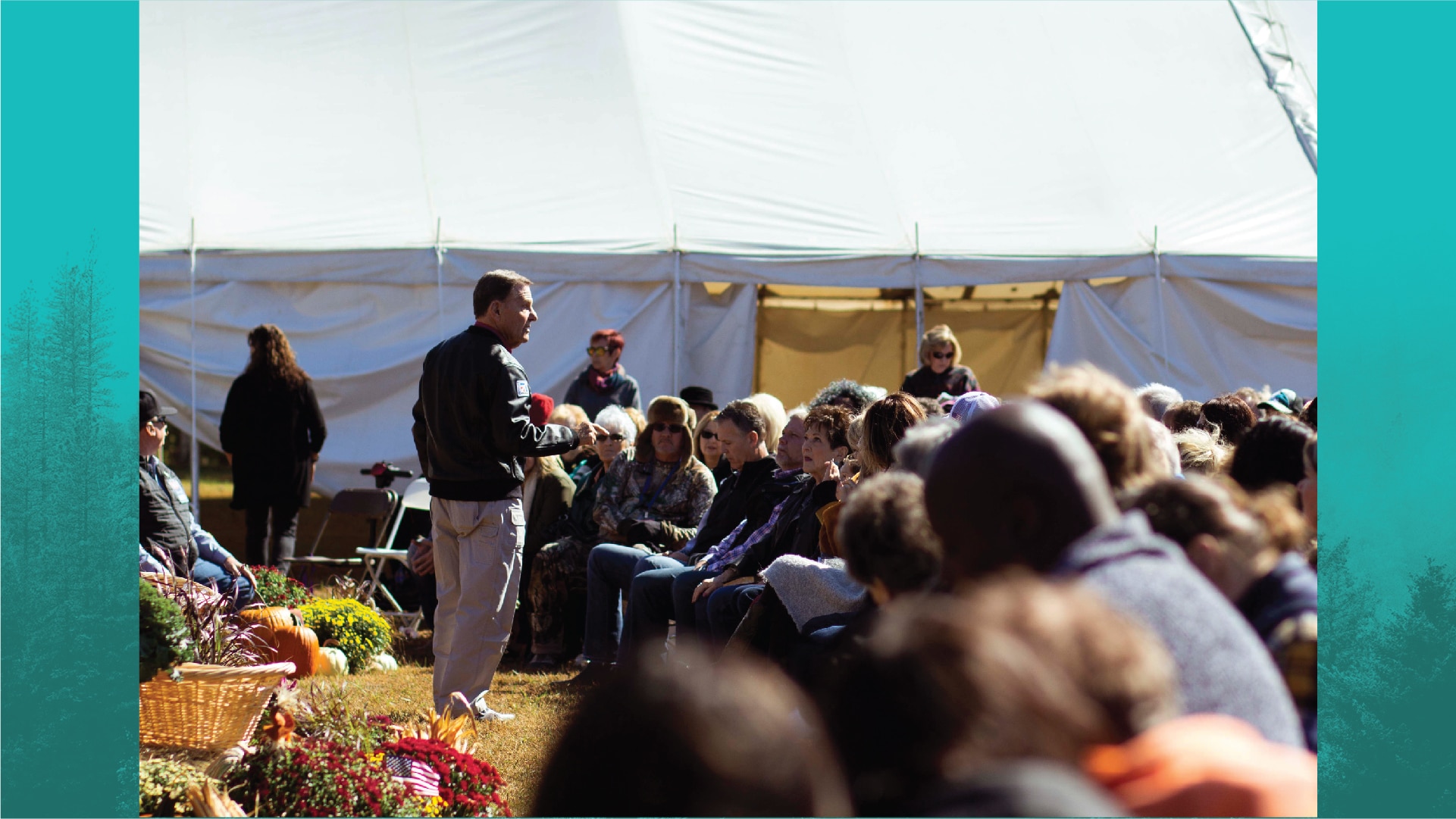 Brother Copeland saw this too and he said, “He couldn’t even blow the tent down.”

Despite their best evil efforts, they couldn’t even blow down the tent!!!

Now for “the cherry on top!”

A gentleman at the “beside the tent meeting” noticed how we need generators. He has met with Terry and asked what we need in the way of generators for the buildings at Prayer Mountain! He has generously offered to provide them!!! And he has the expertise to do so.

A long time ago, Terry had generators on his list of things he was believing for at Prayer Mountain. But other things took priority, and the generators were moved to the back burner. My how it blessed Terry!

How it inspired his faith! To hear how the Lord through His faithful servant would in His wonderful way turn what the devil meant for evil into something marvelously good!!!!!!!

And in thinking about all this, I see how at so many times in my own life this happened. What the devil meant for evil, the Lord turned it to good!!!!!!! I know you have the same testimony. Glory to His Name!!!!!

P.S. Branden and Destanie will minister at A Glorious Church Fellowship in Collinsville, OK. This Sunday, October 27 at 10:00 a.m. 915 N. 19th Street.

P.P.S. We are offering the recorded services of The Autumn Assembly of Prayer in the following ways; MP3, MP4, CD, DVD. Please be patient with us, as it may take us a little time to have them edited and formatted. Click here to purchase today!