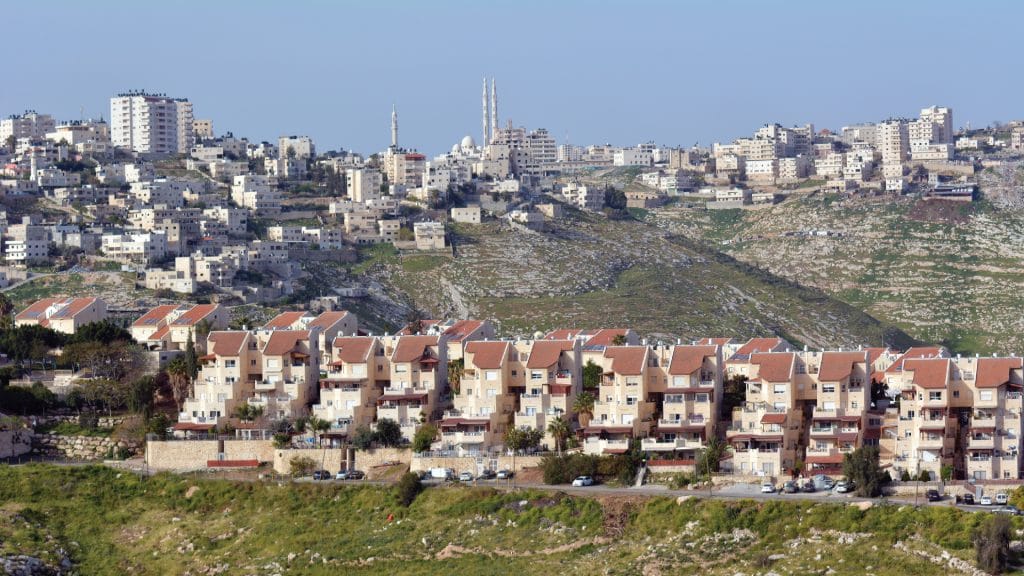 An action taken by the U. S. and announced today by Secretary of State Mike Pompeo must not be lost in the “fluff” happening in Washington D. C. I rejoiced when I saw the announcement on Fox News. Here is how the Wall Street Journal reported it:

Secretary of State Mike Pompeo said Monday that the U.S. no longer will consider Israeli settlements to be illegal under international law, a move that formalizes the Trump administration’s treatment of the West Bank and shifts decades of U.S. policy.

United States policy is now in line with the revealed will of God! We are living in the time when God is bringing home the Jews and restoring their Promised Land just like He said He would!

In the prophecies of their return, He said the waste cities would be restored.
All the following are on what the world calls the west bank, but the Lord calls Shomron (Samaria, Ephraim) and Judea. The Bible-believing Jews who understand this and have gone to their ancient cities and rebuilt have been ridiculed by all except those who have a deep and close understanding of the Bible.

The Mountains of Israel correspond almost exactly with what the world calls the west bank. Read the wonderful prophey of Ezekiel 36. Read the entire chapter, but consider these verses:

8 But ye, O mountains of Israel, ye shall shoot forth your branches, and yield your fruit to my people of Israel; for they are at hand to come. 9 For, behold, I am for you, and I will turn unto you, and ye shall be tilled and sown: 10 And I will multiply men upon you, all the house of Israel,[both the Northern and the Southern tribes] even all of it: and the cities shall be inhabited, and the wastes shall be builded: 11 And I will multiply upon you man and beast; and they shall increase and bring fruit: and I will settle you after your old estates, and will do better unto you than at your beginnings: and ye shall know that I am the LORD.

[My comments in brackets.]

Read all of chapters 30 and 31 in Jeremiah.
Ephraim is one of Joseph’s sons; their inheritance is Samaria. It symbolizes the northern kingdom. Judah is the southern. Most of Samaria and Judea is considered the west bank. But God specifically tells themHe will bring them back, forgive them, and the cities are to be rebuilt.

Jer. 30:1 The word that came to Jeremiah from the LORD, saying,

2 Thus speaketh the LORD God of Israel, saying, Write thee all the words that I have spoken unto thee in a book.

3 For, lo, the days come, saith the LORD, that I will bring again the captivity of my people Israel and Judah, saith the LORD: and I will cause them to return to the land that I gave to their fathers, and they shall possess it…

4 Again I will build thee, and thou shalt be built, O virgin of Israel: thou shalt again be adorned with thy tabrets, and shalt go forth in the dances of them that make merry.

5 Thou shalt yet plant vines upon the mountains of Samaria: the planters shall plant, and shall eat them as common things.

6 For there shall be a day, that the watchmen upon the mount Ephraim shall cry, Arise ye, and let us go up to Zion unto the LORD our God.

Jer. 31:10 Hear the word of the LORD, O ye nations, and declare it in the isles afar off, and say, He that scattered Israel will gather him, and keep him, as a shepherd doth his flock.

Jer 31:21
Set thee up waymarks, make thee high heaps: set thine heart toward the highway, even the way which thou wentest: turn again, O virgin of Israel, turn again to these thy cities.

23 Thus saith the LORD of hosts, the God of Israel; As yet they shall use this speech in the land of Judah and in the cities thereof, when I shall bring again their captivity;

The LORD bless thee, O habitation of justice, and mountain of holiness. 24 And there shall dwell in Judah itself, and in all the cities thereof together,

How my heart wept at the terrible declaration out of the mouth of then Secretary of State James Baker. I believe he was a Christian, but like so many Christians, he was ignorant of the Word of God regarding the restoration of Israel according to the written will of God.
I was in Israel when he did this.

Sometime thereafter I wrote the following:

U.S. Secretary of State James Baker called the West Bank Settlements the greatest threat to world peace in a shuttle diplomacy aimed at bringing Israel and the Middle East into the new world order. Using the loan guarantees as a lever the State Department forced Israel to sit at the Madrid Peace Conference with hostile nations with a foot in Israel’s back to make territorial concessions—land for peace. (See Joel 3:1-3). Thus began a terrible path through the Oslo Accords and now the Road to Peace.

I am asking our media team to include a picture of James Baker making the terrible pronouncement to the Israeli Knesset.

Today’s announcement by Secretary of State Mike Pompeo (and it couldn’t have been made without President Trump’s approval) places the United States even more solidly in compliance with Genesis 12:3. The correct translation of which reads, “and all the families of the earth shall bless themselves by you.”

Today, November 18, the United States blessed themselves by aligning with God’s will for Israel.