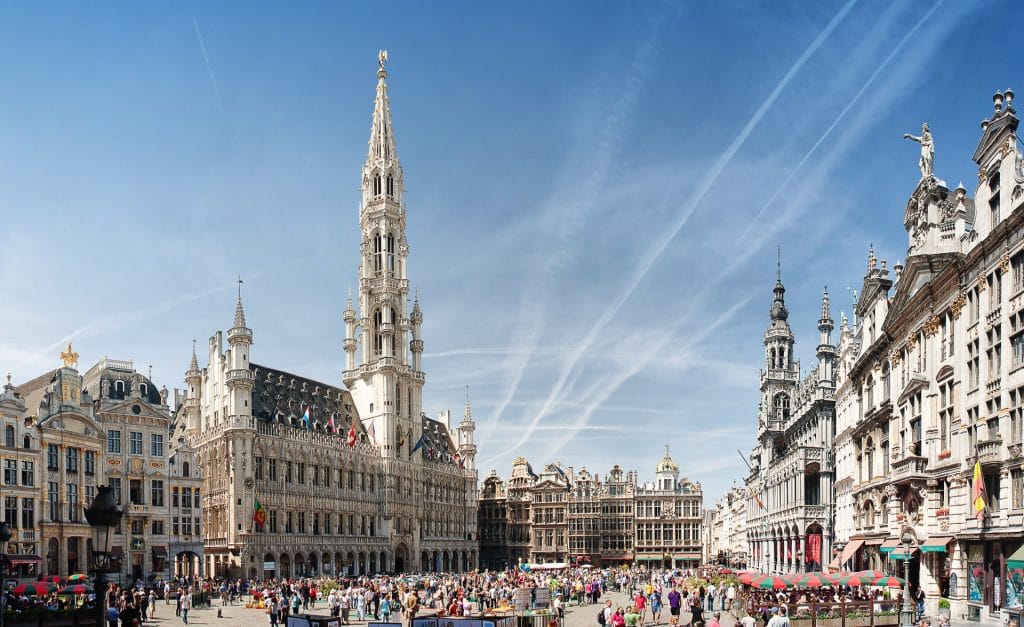 It is our last evening in Brussels. Pastor Marie-Helene Moulin, Shelli, and I flew here last Tuesday from Nice, France after the amazingly powerful European Prayer Conference.

For years I came regularly to Brussels working with pastors God had sent here to build a church. I jokingly called it my antichrist tour. Why? Because of the location here of the European Parliament, an alliance of nations whose goal is globalization and the disappearance of the borders of European countries.

I believe this confederation is and will be the revived Roman Empire the Bible foretells. One place I see this is in Daniel 9.

Daniel 9:25-26
25 “So you are to know and discern that from the issuing of a decree to restore and rebuild Jerusalem until Messiah the Prince there will be seven weeks and sixty-two weeks; it will be built again…, even in times of distress.
26 “Then after the sixty-two weeks the Messiah will be cut off and have nothing, and the people of the prince who is to come will destroy the city and the sanctuary.

Without going into detail about what the angel told Daniel, suffice it to say:

There are other Scriptures, but this is only a blog.

My frequent trips here to minister and to watch were interrupted when the pastors I’d worked with left. It has been, without checking for sure, about ten years since I was last here. But lately a yearning to come back grew within my heart.

A few years ago, the Lord led Bishop Keith Butler from Detroit to help what remained of the church here. I contacted him and the current pastor Frank Amoako invited me.

Our first meeting was a prayer meeting. Oh, my! What a Spirit-filled meeting we had. How my heart rejoiced to hear them praying with the same Spirit that Pastor Liliane Rood had taught them. Sister Jeanine Malaba-Hecque has faithfully held the group together with the Word of God and prayer. The fruit has remained and it is wonderful fruit. Powerful fruit.

This morning, Resurrection Sunday, the room they rent from a Catholic congregation was filled with the saints of God. The Lord led me to share that all-important message “The Authority of the Believer.” I knew it would be challenging to teach it through an interpreter in only one session. But the Lord so anointed! The Lord so blessed! And these are such a special group of people. I know they got it! I know they will do it! Right here in Brussels. Such an important place in end-of-days prophecy. How wonderful to know that they will be sitting in their seats of authority every morning exercising their “ministry in the heavenlies” from the right hand of the throne of God.

I asked the office to post on our web-page a prophecy Sister Jeanne Wilkerson gave concerning London and Brussels. We have waited for it to be fulfilled. The pastors I worked with for years here were in the congregation at Rhema when she gave the prophecy. I was also there. But really, there was a line in the prophecy which said something to the effect that the President would back the work. This I could never see happening—until now.

PRAYER WALKING IN BRUSSELS
Philip Rood, who grew up here and who went to so many of the places I visited on my “antichrist tours” flew from America to join us. He helped us get around the city to my old haunts. The Palais de Justice (a strange building that was built to be the largest in the Western Hemisphere, and from which they planned to rule the world.) We decided to visit it again and to pray there. We learned later that it was a complete miracle that we got in on Thursday. For the building was closed to the public that day. But get in we did. And we spent about an hour as the only ones in the Supreme Court of Belgium. There we sat in the seats of the justices and prayed. No one bothered us. We had asked directions to the room from an office worker in the hall. She led us there and said “Close the door when you are through.”

There is too much to write about that building, and other places we visited and prayed.

An amazing announcement was made this week:

I don’t understand much about this. But the announcement was made that Fujitsu will make Brussels their headquarters.
Philip Rood told me “blockchain” will be the means of globalization of finances. Eventually doing away with the middlemen. Banks. Real estate deals. Etc. You can check it out.
But I thought it interesting that the leaders in the industry are headquartering here. Hmmm

Poland
Early tomorrow morning we fly out to Krakow. We will go to the death camps in Poland. I have never been. Trusting the Lord…..